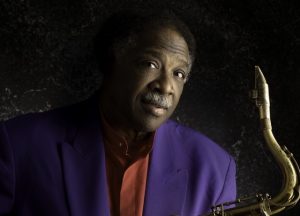 Houston Person (born November 10, 1934) is an American jazz tenor saxophonist and record producer. Although he has performed in the hard bop and swing genres, he is most experienced in and best known for his work in soul jazz. He received the Eubie Blake Jazz Award in 1982.

Person grew up in Florence, South Carolina, and first played piano before switching to tenor saxophone. He studied at South Carolina State College where he was inducted into the school’s Hall of Fame in 1999.

In the United States Air Force, he joined a service band stationed in West Germany, and played with Don Ellis, Eddie Harris, Cedar Walton, and Leo Wright. He later continued his studies at Hartt College of Music in Hartford, Connecticut.

He spent many years as Etta Jones’ musical partner, recording, performing and touring. There are more than 75 albums recorded by Houston Person as a bandleader, on Prestige, Westbound, Mercury, Savoy, and Muse, and he has most recently been recording on HighNote.

Don’t miss the Houston Person Quartet at the Jazz Forum, March 22 and 23.