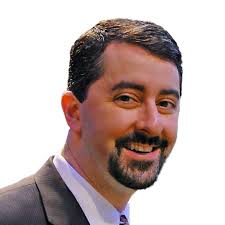 Noah’s Flood, a one-act children’s opera billed as “a magical musical experience for the entire family,” will be performed on Saturday and Sunday, November 8th and 9th at 3 pm at the Arrigoni Center, Iona College, 58 Mayflower Avenue, New Rochelle. Tickets cost $8 for adults, $5 for seniors, $1 for children, with a $10 family rate for all. Tickets are available at the door. For further information, phone 914-654-8312.

Given the challenge for capturing and staging the sheer breadth of Noah’s Flood, as rendered in the Old Testament, this unique production has drawn upon the expertise of the New Rochelle Council on the Arts, the Sound Shore Chorale, Songcatchers, and Tutti Bravi Productions.

New Rochelle Council on the Arts President Theresa Kump Leghorn commented that “as an umbrella arts organization devoted to supporting, uniting and enhancing the arts, the New Rochelle Council on the Arts has routinely created and co-produced a wide variety of arts programs in the community for the past 39 years, highlighting fine arts, music, film and theater. Once again, we are happy to join with our partners to mount this latest epic effort which has broad appeal for all ages.”

With upwards of 90 participating adults and children, a full press release detailing every individual deserving credit would itself have had a Biblical dimension to it. However, credit for the production must certainly include the performances of Cantors Erik Contzius and Fredda Mendelson as Mr. & Mrs. Noah; Dr. Domenic Guastaferro, known to generations of New Rochelle High School music students, as the Voice of God; Richard Slade, director of the Sound Shore Chorale, as Musical Director/Conductor; Sister Beth Dowd, found of Songcatchers, as the Children’s Choral Director; Kathryn Wiegand as Assistant Musical Director; Diane Guernsey as music accompanist; and last, but never least, two longtime New Rochelle Council on the Arts Board Members who continue to come up with daunting but triumphal projects: Director Dianne Flagello and Producer Billie Tucker, who has the added credit of being co-founder of Tutti Bravi Productions.