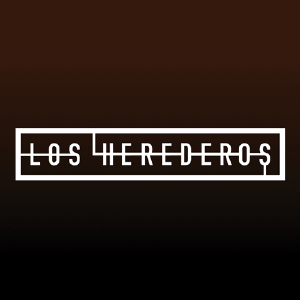 This panel discussion brings together several distinct perspectives in Latinx media and storytelling spanning documentary work, journalism, and academia. Produced in partnership with local media arts non-profit, Los Herederos, Telling Our Stories from the Roots Up offers a space to deliberate various approaches to, and methodologies for, sharing immigrant and community narratives. Panelists will also grapple with the politics of authentic storytelling within communities while liaising with mainstream media channels.

***This will be an informal and bilingual conversation.

This program will be live streamed on ZOOM. Please register here.

Born in Bogota, Colombia, Mauricio Bayona has been living in Queens, NY since 1999. His work as a videographer, editor, art director and producer are both informed & inspired by his own immigrant experience of 2+ decades with a special focus on transnational migration narratives present in his own Colombian community.

Juana “Juanita” Ramos Ardila is a Spanish language journalist, reporter, and producer who covers local Latinx community beats specializing in gender politics. Currently, she is a digital producer for Noticias Telemundo and a regular contributor to the Latino Rebels de Futuro Media portal. She holds an MA in bilingual journalism from CUNY’s Newmark Journalism School, and previously served as a producer for NY1 Noticias en Espanol. Prior to immigrating to the U.S./NYC in 2016, Ramos worked as a political reporter for Colprensa and El Tiempo, in her native Colombia. In addition to local elections, she regularly covered the nation’s infamous Peace Process negotiations between FARC and the federal government.

César Colón-Montijo is an ethnomusicologist, journalist, and documentary filmmaker. He completed a Ph.D. in ethnomusicology at Columbia University in 2018, holds a M.A. in Anthropology and Audiovisual communication from the University of Barcelona, Spain, and earned a B.A. in Communications from the University of Puerto Rico, Rio Piedras. His research and teaching span Puerto Rican, Caribbean, and Latin American media and cultural studies, with particular interests on articulations of music, sound, religion, masculinity, race, illness, and empire. He has taught courses on topics ranging from media theory, documentaries, cross-cultural listening and sound, and on Western and Caribbean music.