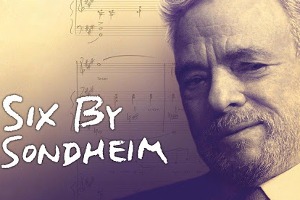 Directed by Tony Award-winner and frequent Sondheim collaborator James Lapine, Six by Sondheim is a highly personal profile of a great American artist as revealed through the creation and performance of six of his iconic songs. Told primarily in Sondheim’s own words, this feature documentary weaves together dozens of interviews with the composer, rarely seen archival material spanning more than half a century (including newly discovered footage of Ethel Merman performing Gypsy) and re-stagings of three songs produced especially for the film.

Following the screening, director James Lapine will join us for a Q&A moderated by JBFC Board Member & Broadway Producer Dori Berinstein. Copies of James Lapine’s newest book, Putting it Together, will be available for purchase in the Theater lobby courtesy of The Village Bookstore.

This film is part of the Life on the Stage: Conversation and Film series, which is presented in partnership with The Actors Fund