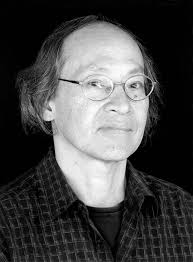 This is a rare opportunity for east coast poets to study with one of the most established and revered poets of our time.

Tickets for this 3 hour intensive course are $124. Please register at
https://www.writerscenter.org/calendar/sze/
**NYC writers: the HVWC is a short, scenic train ride on Metro North’s Hudson line. We are located immediately at the Philipse Manor RR station. No car needed! Join us!

His honors include an American Book Award, a Lannan Literary Award for Poetry, a Lila Wallace-Reader’s Digest Writers’ Award, a Western States Book Award for Translation, three grants from the Witter Bynner Foundation for Poetry, and fellowships from the George A. and Eliza Gardner Howard Foundation, the Guggenheim Foundation, and the National Endowment for the Arts. In 2013, he was awarded the Jackson Poetry Prize from Poets & Writers.

He has served as Visiting Hurst Professor at Washington University, a Doenges Visiting Artist at Mary Baldwin College and has conducted residencies at Brown University, Bard College, and Naropa University. Sze was elected to the American Academy of Arts And Sciences in 2017 and served as Chancellor of the Academy of American Poets from 2012 to 2017. He is a professor emeritus at the Institute of American Indian Arts, and was the first poet laureate of Santa Fe, New Mexico, where he lives.