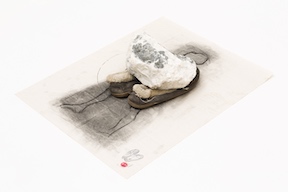 How We Live is a sculpture and video exhibition from the Marc and Livia Straus Family Collection. It includes artists from around the globe who explore the particularities of their individual cultures through art. 34 sculptures by 31 artists along with six video artists showcase unique heritages, and in doing so enrich our understanding of the world.

The Strauses have always been interested in art that fosters cross-cultural dialogue. They started collecting at age 20, taking risks to buy work that was not yet understood, often being amongst the first collectors for many artists. Their collecting practice extended beyond just purchasing, as they underwrote the fabrication of some of the works included. In each instance their choices were prescient and remain among the most seminal works by the artists.

This exhibition combines the curatorial vision of Omar Lopez-Chahoud, Independent Curator and Artistic Director and Curator of Untitled, Art, and Nicola Trezzi, Director and Chief Curator of the Center for Contemporary Art Tel Aviv, in collaboration with the Marc and Livia Straus Family. Featured in this exhibition are works such as Global Encoder (1994) by Nam June Paik, monument to v.tatlin (1967) by Dan Flavin, Cradle (1999) by Janine Antoni, Felt Floor (2003) by Rachel Whiteread, and Traitment Musicale (1997) by Chen Zhen. Each work is in part an exploration of an artist’s life through the lens of their practice, a poignant reflection of how cultures shape lives and are in turn molded by those living in them.

How We Live follows the exhibition Death is Irrelevant , a show of contemporary figuration from 17 countries which celebrated the 15th anniversary of Hudson Valley Center for Contemporary Art, and marked its renaming as Hudson Valley MOCA. Hudson Valley MOCA was founded in Peekskill, NY in 2004 by Marc and Livia Straus, and this exhibition and the preceding exhibition are the first from the Straus Family Collection since the institution’s inception year.

Hudson Valley MOCA , located in Peekskill, NY, is a 501(c)(3) non-profit arts and education center dedicated to the enrichment of communities in the Hudson Valley and Peekskill, New York, through contemporary art exhibitions, arts education programs, artist residencies and lectures, and the Peekskill Project, our bi-annual international art festival.