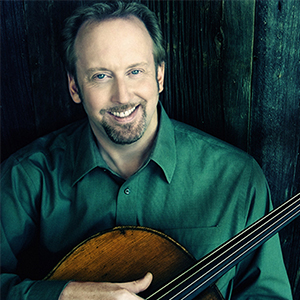 Under the direction of Jun Nakabayashi, the orchestra will perform selections from Grieg’s Peer Gynt, Tchaikovsky’s graceful and elegant Variations on a Rococo Theme featuring guest cellist Peter Stumpf and conclude with Sibelius’ — Pelléas et Mélisande.

Hoff-Barthelson Music School’s Festival Orchestra is a full symphonic orchestra for high school students at the highest level of technical ability and musical artistry. Lauded as one of the finest high school orchestras in the United States by the New York State Council on the Arts, the Festival Orchestra, under the direction of Jun Nakabayashi, performs three concerts annually; two are with guest artists of international stature. Members of the Orchestra also participate in sectional coachings with members of the New York Philharmonic.

Peter Stumpf is professor of cello at the Indiana University Jacobs School of Music. Prior to his appointment, he was principal cellist of the Los Angeles Philharmonic. His professional orchestral career began at the age of 16 when he joined the cello section of the Hartford Symphony Orchestra. He received a bachelor’s degree from the Curtis Institute of Music and an Artist’s Diploma from the New England Conservatory.

A dedicated chamber music musician, he is a member of the Johannes String Quartet and has appeared on the chamber music series at Carnegie Hall, Kennedy Center, the Boston Celebrity Series, the Da Camera Society in Los Angeles, Walt Disney Concert Hall, Concertgebouw in Amsterdam, Casals Hall in Tokyo, and at the concert halls of Cologne. He has performed with the chamber music societies of Boston and Philadelphia and at the Casals Festival in Puerto Rico as well as the Festivals of Marlboro, Santa Fe, Bridgehampton, Ottawa, Great Lakes, Ojai, Spoleto, and Aspen. He has toured with Music from Marlboro, the Casals Hall Ensemble in Japan, and with pianist Mitsuko Uchida in performances of the complete Mozart Piano Trios. He has collaborated with pianists Leif Ove Andsnes, Emmanuel Ax, Jorge Bolet, Yefim Bronfman, Radu Lupu, Wolfgang Sawallisch, Andras Schiff, Jean Yves Thibaudet, Mitsuko Uchida, and with the Emerson and Guarneri String Quartets. Most recently, the Johannes Quartet has collaborated with the Guarneri Quartet on tour in performances including commissions from composers William Bolcom and Esa Pekka Salonen.

Program and soloist subject to change.