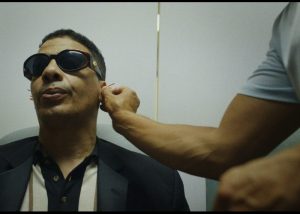 Dope is Death tells the story of how community activists developed the first acupuncture detox clinic in the United States during the early 1970s. Under the leadership of Dr. Mutulu Shakur, stepfather of the late Tupac Shakur, Lincoln Detox became the first and only politically run drug treatment program funded by the city of New York. The clinic grew out of the militant occupation of the South Bronx’s Lincoln Hospital by members of the Black Panther Party, the Young Lords and the Health Revolutionary Unity Movement (HRUM) in July of 1970.  Today the legacy of the standardized 5-point ear acupuncture protocol that they developed lives on in harm reduction and holistic health clinics across the United States, but its radical roots remain largely unknown – until now.

Join us Thursday, Dec. 2 at 7:00 for a Q&A with filmmaker Mia Donovan, activists Juan Cortez and Sekou Odinga, and acupuncturist Tabitha Silvers.

JBFC Series REMIX: The Black Experience in Film, Media, and Art is presented with generous support from the National Endowment for the Arst and ArtsWestchester.