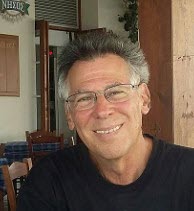 Journalism is going through a major upheaval right now, just when citizens need more than ever to be well informed. On the business side, the news is not good: Over the past several years reporters have been laid off from major publications by the thousands, while local journalism has suffered badly from the drop in advertising and the move to the internet. On the other hand, out of this financial crisis from journalism are emerging new forms of communication, mostly online, including independent newsletters published by leading journalists who are finding new and unprecedented freedom to seek and report the truth.

Meanwhile, journalists are engaged in a massive round of soul-searching over ethics and the meaning of terms such as “objectivity” and “fair and balanced.” At a time when our society is politically divided more than ever, reporters have faced important decisions about when to give voice to views that are arguably based on misinformation or outright lies. During the Trump presidency, reporters faced this dilemma more than ever before: Was the coronavirus pandemic a hoax? Was there widespread voting fraud in the last election? Has the coronavirus vaccine caused more deaths than the virus?
We will discuss these issues in a roundtable format in which everyone will be encouraged to participate. But we will be guided by some wise words by former Washington Post reporter Dan Froomkin: “Journalists should treat a lie like a virus, for which they are the vaccine, not the spreader.”

MICHAEL BALTER is a veteran journalist with 43 years of experience, and who has written for a wide variety of major publications over his long career. Balter has also taught journalism at Boston University, New York University, and the City College of New York. He was born in Alaska’s Aleutian Islands and grew up in Los Angeles. He attended UCLA from 1965-69, where he was a leader in the movement against the Vietnam War. From 1969-71, he organized GI’s against the war as a soldier stationed at Fort Ord, California. After receiving his bachelor’s degree in biology from San Jose State University, he returned to UCLA, where he was granted a master’s degree in biology in 1977.Balter then went into journalism, first at Pacifica’s Los Angeles station, KPFK, and then as a freelance writer for the L.A. Weekly, the Los Angeles Times, and Los Angeles magazine, among others. He was also an oral historian at UCLA’s Oral History Program. During the early 1980s, he worked on the American Civil Liberties Union’s lawsuit against L.A.’s police department for spying on peaceful political groups.

In 1988, Balter moved to Paris, where he wrote for the International Herald Tribune, Islands, Travel & Leisure, Bon Appétit, and the Columbia Journalism Review, among many others. From 1993-2002 he was Paris bureau chief for Science, and then worked for the magazine as a Contributing Correspondent, focusing on archaeology and human evolution, until spring of 2016. He is the author of The Goddess and the Bull, about the excavations at Neolithic Catalhoyuk in Turkey and the origins of civilization.

Balter currently contributes to Scientific American, Audubon, The Verge, and other publications. From 2010 to 2015 he taught science, health and environmental journalism at New York University.

The class will be taught via Zoom. The link will be emailed at the time of class registration (Please check spam folders) and again in the day prior to the class. Please write to [email protected] if you have any questions.