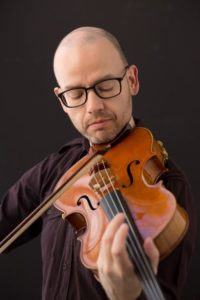 The 2019-2020 Hoff-Barthelson Music School Master Class Series commences with acclaimed violist Nicholas Cords on Thursday, February 6, 2020, at 7:00 pm. The class is open to the public to observe free of charge, and takes place at Hoff-Barthelson Music School, 25 School Lane, Scarsdale. Space is limited, reservations are strongly encouraged and can be made by e-mailing [email protected]

Master classes are an enlightening experience for students and audiences alike. After months of careful preparation, students perform for, and then receive feedback and guidance from a master teacher who challenges the student to think in new and critical ways about the piece they’ve prepared. The results are inspiring and enlightening and serve as a catalyst for students to reach new heights in their own musical explorations. Yet, the learning isn’t limited just to the students who perform. Any student—regardless of their level of development, or whether or not they even play the same instrument—can learn a great deal.

For more than two decades, omnivorous violist Nicholas Cords has been on the front line of a growing constellation of projects as performer, educator, and cultural advocate. Nicholas currently serves as violist, Programming Chair, and Co-Artistic Director of the internationally renowned musical collective Silkroad. Founded by Yo-Yo Ma in 2000 with the belief that listening across cultures leads to a more hopeful world, Silkroad’s mission is explored world-wide through countless learning initiatives and a deep commitment to the exploration of new music and partnerships.

A committed teacher, Nicholas joined the viola and chamber music faculty at New England Conservatory in the fall of 2018 after teaching at Stony Brook University for the previous seven years.

Hoff-Barthelson Music School, now celebrating its 75th Anniversary, has achieved national recognition as a premier community music school for its unsurpassed leadership in education, performance and community service. With a faculty drawn from the region’s most talented teachers and performers, the School has long been one of Westchester County’s most cherished cultural resources. At Hoff-Barthelson, students find a warm, friendly music school dedicated to the highest standards of education, performance, and community service. Students of all ages, aptitudes, and levels of interest enjoy a supportive, joyful learning environment; a focus on the whole person; exceptional teaching; and a multifaceted curriculum.

Photo credit and caption: Violist Nicholas Cords will present a master class at Hoff-Barthelson Music School in Scarsdale on Thursday, February 6, 2020 at 7 pm.