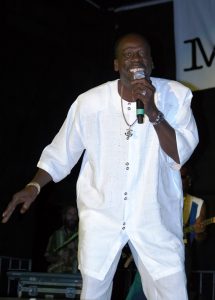 Leroy Sibbles is one of the founders of reggae music and is often referred to as a ‘living legend’. Born in Kingston, Jamaica Leroy began his career as the lead singer of the rock steady group, The Heptones. While playing with The Heptones, he recorded many classic reggae tunes including Party Time, Fattie Fattie, Book Of Rules, Baby Be True, Equal Rights, Cool Rasta, Guiding Star and Heptones Gonna Fight. Leroy also played an integral role in the creation of many of the famous ‘Studio One’ rhythm tracks that are still sampled and re-recorded by reggae artists today. He wrote and arranged many of the early ‘classics’, worked as the Studio One A&R Rep as well as played bass and provided harmony for many of the famous reggae classics. His 2009 CD entitled Reggae Hit Basslines Volume 1 includes classic basslines that all reggae fans would recognize; for example, “Satta Massagana”, “Queen Of The Minstrel”, “Pass The Kutchie” “Baby Why, “Stars” and “Love I Can Feel” are just some of the titles Leroy Sibbles wrote the basslines for. 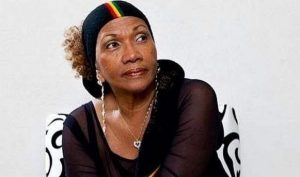 What a year 2019 is for Marcia Griffiths! Not only does she celebrate her 55th anniversary as an artist, the reggae queen continues to be recognized for her sterling contribution to Jamaican music.

In February and March, she received the Gold Award and Icon Award from the Jamaican government and Jamaica Reggae Industry Association (JaRIA), respectively. The latter she accepted as a member of the I Three, along with Rita Marley and Judy Mowatt.

Her new album, “Timeless”, produced by Donovan Germain and distributed by Tad’s International Record, is slated for release in June. Marcia is booked for major festivals and shows in Europe —including Rototom Sunsplash in Spain and Boomtown Festival in London. 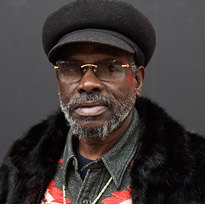 The “Godfather of Dancehall” is a well-deserved moniker for Errol “Johnny” Osbourne describing his contribution to reggae music as it has evolved from the local Jamaican community to the international arena.

His song “Sing Jay Stylee” is viewed by many as the precursor to the dancehall phenomenon evidenced in popular Jamaican music culture today. The evolution of this aspect in the 80’s prompted an increase in sound systems around the globe and necessitated the need for “dubs”. As sound system selectors in every crevice and corner of the world craved to establish dominancy, the demand for “dubs” escalated immensely. Such were the requests for Johnny’s services as no selector wanted to enter into a clash without a “special” from the “Dub Doctor”. Today, it is the same.