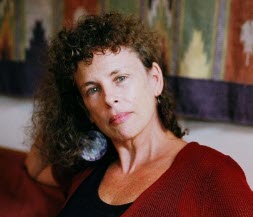 In any genre, a good story ends up in a place different from where it began. Transformation occurs – the monster becomes beautiful, a relationship ends or deepens, a character “sees” something she was blind to before. But how does the beginning authentically get to the end?

One way a narrative moves forward is by “rising action,” the increase in core tension in your story. Danger accelerates, conflict unfolds by degrees, beginning blooms into ending in stages. Stories that take us through rising action in an organic, sustained way are credible and satisfying.

In this class, we will discuss and work with the principle of rising action to see how it might shape and enliven the arc of your story. Writers at all levels are welcome if you are working on story of some kind, including narrative poems.

NB: This class will be capped at 15 and taught via Zoom. You will receive a link as soon as you register to the email address you use to enroll in the class. Please check spam if you do not receive it. You will be sent a reminder email with the link 24 hours before class. Please read our policy page before registering. Scholarship information for this class will be available in November.

Barbara Blatner is a playwright, poet and composer. In Fall 2010, New York Quarterly Books published her verse memoir about her mother’s death, The Still Position, and in 2012 brought out a second full-length poetry collection, Living with You. Her play Years of Sky was produced at 59E59 Theatres in New York City in the summer of 2013 by Scripts Up!, supported by a grant from the Driehaus Foundation, and won the Columbia-Greene Playwrights Contest and the New Works of Merit award; a revised version of the play was presented as a 2015 Great Plains Theatre Conference PlayLabs play.

Barbara’s verse play for Epiphany, No Star Shines Sharper, was produced for stage and radio by the Mystic Theatre Company in 2004, published by Baker’s Plays in 1990, aired repeatedly on National Public Radio stations and acquired by New York’s Museum of Television and Radio. Grassy Knoll was produced in the First Annual Boston Theatre Marathon (1999) and appeared in Baker’s Plays anthology of plays selected from that event, and in New York’s Turnip Theatre Short Play Festival (1997). Shadow Play received a workshop production in the Cleveland Public Theatre’s 1993 New Plays Festival. Barbara’s adaptation of Tadeusz Borowski’s This Way for the Gas, Ladies and Gentlemen was commissioned by New Voices and staged at the Boston Public Library. The Choice, a video about childbearing written and produced with Diane Woodbrown, was shown in the 1991 International Women’s Video Festival.

Work staged in Boston’s New Theatre’s NeWorks series includes Years of Sky (ten-minute version, Honorable Mention, Nina Shengold’s Actors and Writers Short Play Contest), Betty and Mortie (a musical), and Marilyn Monroe in the Desert. Clearingand White Ashes were finalists in the O’Neill International Playwrights contest, Postures was staged by the Capital Repertory Company, and The Fair was produced by the Albany Playwrights’ Workshop which Ms. Blatner founded and where she worked as director, writer and composer under a CETA grant for four seasons.

Music compositions include songs for the 1989 Boston Shakespeare Company’s Irish Plays season, a score for the Merrimack Repertory Company’s Young Artists at Play Alice in Wonderland, and an instrumental score for New Theatre’s 1996 premiere of Rosanna Alfaro’s Pablo and Cleopatra. She recently co-wrote the book and wrote lyrics and music for a children’s musical, Heartsong.

Blatner’s chapbook of poems, The Pope in Space, was published by Intertext Press in 1986; poems, fiction and reviews have appeared in Beloved on this Earth (anthology), Heliotrope, House Organ, Poetry Northwest, The New York Quarterly, Lift, Apalachee Quarterly, 13th Moon, and others.