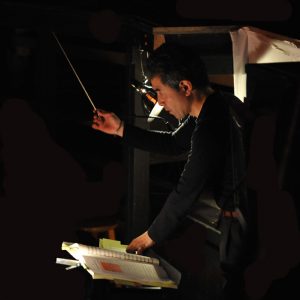 Featuring works by three of the greatest fathers of composing:  Beethoven, Bach, and Haydn

Currently in its 21th season and past recipient of the ArtsWestchester Arts Organization of the Year Award, Taconic Opera will be hosting its annual chamber program – The Fathers – on Saturday, June 1, 2019 at 3:00 pm at the Presbyterian Church of Mt. Kisco, 605 Millwood Road (Route 133), Mt. Kisco, NY.  Maestro Jun Nakabayashi, Taconic Opera’s Conductor and Music Director, will once again emerge from the orchestra pit to conduct the concert which features the Taconic Opera Chamber Orchestra and concert pianist, Kessa Medford. This ambitious program will include works by three composers who changed the course of musical composition during their lifetimes: Beethoven, Bach, and Haydn. What a glorious way to spend a Saturday afternoon.

Ludwig van Beethoven played a critical role over the course of his career in transforming the 18th century classical style of music he inherited into the 19th century romantic period, influencing generations of composers.  Pianist Kessa Medford, whose career includes local, national and international recital performances, is returning to perform Beethoven’s magnificent Piano Concerto No. 2 with the orchestra. In spite of its title, it was the composer’s first piano concerto and contains the influences of Haydn (his mentor) and Mozart (his idol) rather than his own grandiose style which became the hallmark of his later concertos.  Beethoven himself used the piece to demonstrate his skills as a virtuoso pianist, so expect sparks to fly.

Johann Sebastian Bach, because of his proficiency and confidence in composing, was among the first to introduce other European music styles into the traditional German structure, thus changing the course of music history. The composer’s contribution to the program is his Toccata and Fugue in D Minor. Considered one of the most famous and recognizable pieces of music in history, the original version was composed for organ but it has been orchestrated for a large orchestra, most notably by Stokovsky. Maestro Nakabayashi has ingeniously re-designed the piece specifically for the Taconic Opera Chamber Orchestra, and the audience will enjoy its premiere performance.

Franz Joseph “Papa” Haydn earned none other than the title of father of the symphony.  As a result of living in a remote area, he was much freer from the musical influences and constraints of his day, and in his own words was forced to become original.  The composer’s Symphony No. 78 will not disappoint both past and future fans of his music.  It is one of three symphonies (76, 77 and 78) composed in preparation for a trip to London which never even materialized. In order to increase the likelihood of their acceptance, it is ironic that the innovator of the symphony wrote them in a style similar to J.S. Bach’s son, Johann Christian Bach, whose orchestral pieces were very popular in London at the time.

Jun Nakabayashi is a masterful and charismatic conductor who will thrill you with his artistry when he and his outstanding musicians bring the three pieces to life.  Nakabayashi has been active in both the symphonic and operatic fields for almost three decades.  In addition to serving as Music Director of Taconic Opera for the past 18 years, he has conducted for several other opera and orchestral companies in Europe and throughout the U.S. His total repertoire consists of over 100 symphonic works and 30 operas. Maestro Nakabayashi also currently serves on the faculty of the acclaimed Hoff-Barthelson Music School in Scarsdale where he conducts the Festival Orchestra and gives classes in conducting.