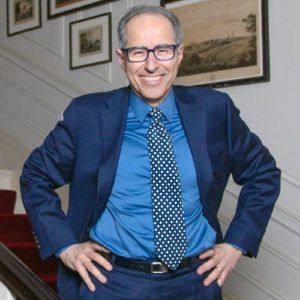 Hoff-Barthelson Music School’s Great Composers Lecture Series continues on Friday, February 14, 2020, at 11:00 am with Heaven, Hell, and Hollywood: Life and Music in Exile. In the period before, during, and after World War II, Los Angeles was home to as large an assemblage of musical talent than existed in any other major city. Arnold Schoenberg, Erich Korngold, Kurt Weill, Bruno Walter, Hanns Eisler, Ernst Toch, Igor Stravinsky, Franz Waxman, Otto Klemperer, and countless other composers, instrumentalists, and vocalists all sought a haven as they fled the ravages of war, tyranny, persecution, and at least probable death. Some prospered in their new lives in the “paradise” of southern California, others found frustration, and some simply failed in their inability to adapt to the New World. Their music-making often reflected their plights and new surroundings, either in triumph, disappointment, or something in between. Join the renowned pianist and lecturer Michael Boriskin on a revelatory journey back to a singularly heady yet fraught time and place, populated by one of the most extraordinary, colorful, and accomplished of all émigré communities.

The lecture takes place at the School located at 25 School Lane, Scarsdale. Admission is $30. HBMS students and parents of HBMS students may attend free of charge. Space is limited; reservations are strongly encouraged.

The final lecture in the series is scheduled for Friday, April 17, 2020.

Hailed by The New York Times as “our fearless tour guide, who offers an adventure for the audience,” internationally-acclaimed pianist Michael Boriskin has taken listeners in over 30 countries on provocative journeys across four centuries of music.

From Berlin to Buenos Aires and Toronto to Tokyo, he appears at major concert halls and festivals, including Carnegie Hall, the Kennedy Center, Lincoln Center, Tanglewood, Ravinia Festival, BBC, South West German Radio, and Library of Congress. He has performed as soloist with leading orchestras and as guest artist with countless chamber ensembles, and records extensively for important American and European labels.

He is a much-sought-after lecturer in three languages on both sides of the Atlantic, and is a familiar presence on National Public Radio as a commentator, host, and performer. He has also served as Music Director of Mikhail Baryshnikov’s fabled White Oak Dance Project, and been a program advisor for the New York Philharmonic, Carnegie Hall, the U.S. Department of State, and many other leading organizations.

Hoff-Barthelson Music School, now celebrating its 75th Anniversary, has achieved national recognition as a premier community music school for its unsurpassed leadership in education, performance and community service. With a faculty drawn from the region’s most talented teachers and performers, the School has long been one of Westchester County’s most cherished cultural resources. At Hoff-Barthelson, students find a warm, friendly music school dedicated to the highest standards of education, performance, and community service. Students of all ages, aptitudes, and levels of interest enjoy a supportive, joyful learning environment; a focus on the whole person; exceptional teaching; and a multifaceted curriculum.