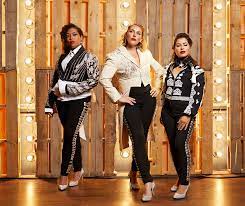 Having performed  at Coachella and an NPR “Tiny Desk” Concert, this  Latin GRAMMY-winning, New  York-based ensemble is one of the finest all-female mariachi groups on the planet.

Announced as one of the official selections of WOMEX 2019, the world’s biggest showcase for world music, Flor de Toloache performed over 100 shows in 2019, touring Japan for the first time! The New York ensemble and beloved press-darlings were also invited in 2019 to perform as special guests for the Grammy Museum’s inaugural Latin Music Gallery Exhibition ribbon-cutting ceremony also paying a special homage  to  Linda  Ronstadt  with  a  magical  mariachi  presentation  at  the  42nd  Annual  KENNEDY CENTER HONORS.