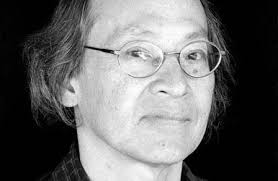 Suzanne Cleary’s Crude Angel, her fourth full-length poetry collection, was published in November 2018 by BkMk Press (U of Missouri-Kansas City). Beauty Mark (BkMk 2013) won the John Ciardi Prize for Poetry, and also received the Eugene Paul Nassar Poetry Prize and the Paterson Award. Poets Marilyn Nelson and Robert Cording selected her collection Blue Cloth as winner of the 2004 Sunken Garden Poetry Festival chapbook competition. Her national awards include a Pushcart Prize and the Cecil Hemley Memorial Award of the Poetry Society of America, and residencies at Yaddo and the MacDowell Colony. Core faculty in the low-residency MFA in Creative Writing Program of Converse College, she has an MFA in Creative Writing from Washington University and a Ph.D. in Literature and Criticism from Indiana University of Pennsylvania.

Arthur Sze has published ten books of poetry, including Sight Lines (2019); Compass Rose (2014), a Pulitzer Prize finalist; The Ginkgo Light (2009), selected for the PEN Southwest Book Award and the Mountains & Plains Independent Booksellers Association Book Award and The Redshifting Web: Poems 1970-1998 (1998), selected for the Balcones Poetry Prize and the Asian-American Literary Award. Sze is the recipient of many honors, including the Jackson Poetry Prize from Poets & Writers, a Lannan Literary Award, a Guggenheim Fellowship, two National Endowment for the Arts Creative Writing fellowships, a Howard Foundation Fellowship, and five grants from the Witter Bynner Foundation for Poetry. His poems have been translated into a dozen languages. Sze was elected to the American Academy of Arts & Sciences in 2017 and served as a Chancellor of the Academy of American Poets from 2012 to 2017. He is a professor emeritus at the Institute of American Indian Arts and was the first poet laureate of Santa Fe, New Mexico, where he lives. (Author Photo by Mariana Cook.)