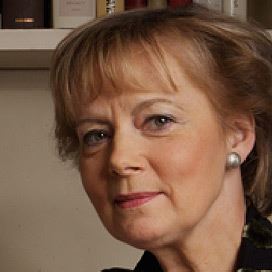 We are thrilled to welcome Penelope Thwaites, internationally recognized as an exponent and scholar of Percy Grainger’s music as well as editor of The New Percy Grainger Companion (Boydell & Brewer 2010).

Born and current resident in UK, Penelope grew up in Australia, winning first place on graduation in Music from Melbourne University. She has won acclaim as a concert pianist, recording artist, composer, writer and editor, broadcaster and music festival curator. In 2001, she was awarded the Order of Australia for her work.

In the mid 70’s, the composer William L Reed said to Penelope – “You’re an Australian – why don’t you play some Grainger?” She considered, and decided to include three folk-settings at the end of her next recital. She notes that she found them delightful, stimulating – and demanding, not an unusual experience for those embarking on performing Grainger. She notes that Grainger was a formidable and hugely energetic pianist.

She has now recorded more than 260 tracks of Percy Grainger’s music. She was the featured solo, chamber and orchestral artist on eight of Chandos Records’ 20-CD Grainger Edition. Most recently, she recorded a fourth CD with fellow Australian pianist, Timothy Young, to add to the three existing CDs of Grainger’s music that she had previously recorded with John Lavender.  All four CDs, now released as a box set on the Heritage label, contain many world premieres, including the discovery of a youthful piano concerto fragment, and provide a fascinating insight into Grainger’s pianistic output.

Her lectures and broadcasts on the composer and detailed research into his life and work led to her editing The New Percy Grainger Companion, widely recognized for its new research and insights by established performers of Grainger’s music. She was Artistic Director for two major Grainger Festivals in London: St John’s Smith Square in 1998 and a four-day celebration at King’s Place in 2011 – 50 years since Percy Grainger’s death.

Penelope muses “My preliminary skirmishes with Grainger led to a fascination with the story of his life, and I devised a program of piano works that would follow at least something of its extraordinary progress. Making a series of recordings of all the two pianos four-hand repertoire included the discovery of several works that had lain undiscovered. The process continued through many live performances as well as further solo, chamber and orchestral recordings. Some 260 tracks later I am amazed at the richness of his imagination and his understanding of the piano.”