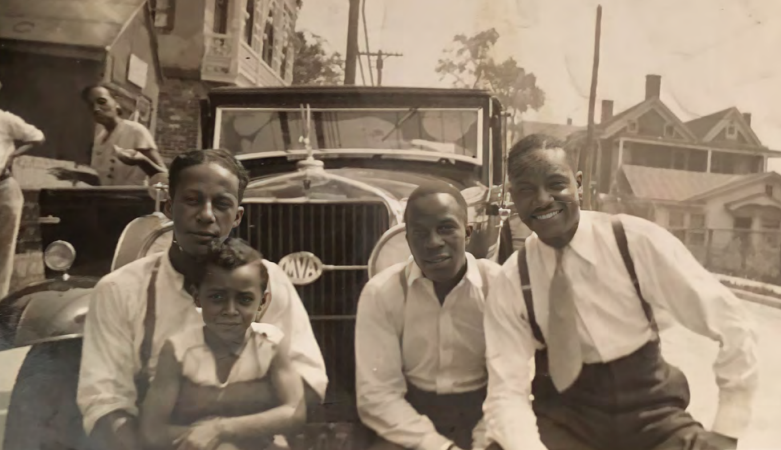 Negro History Week was conceived in 1925; more than half a century later, it was expanded into Black History Month. At the time, President Ford encouraged Americans to “seize the opportunity to honor the too-often-neglected accomplishments of Black Americans in every area of endeavor throughout our history.”  It is with this commitment that several arts organizations in Westchester celebrate Black History Month this February.  Each explores varying aspects of history as a reflection of current Black life and experiences.

Through March 1, Studio Theater in Exile virtually presents four previously shown works that address the Black experience. Art historian Jonette O’Kelley Miller shines a light on stereotypical and racist depictions of African Americans in artworks throughout time, which often perpetuate the defense of slavery, show Black people as inferior or display ignorance and bias. Poet Lorraine Currelley’s work, curated for Juneteenth, displays a collection of historical documents, quotes and images, as well as a series of Currelley’s poems. Photographer Ocean Morisset presents part of an ongoing photo documentary about New York City during the COVID-19 pandemic. As many images show Black Lives Matter protesters donning masks, Morisset points out that society is “fighting two pandemics simultaneously: Coronavirus and Racism.” A spoken word piece written and performed by Tyler Damon Rice asserts that ideal beauty standards are manufactured by retail conglomerates and advertisers. Through his words, Rice “reminds Black women that they are beautiful.”

Through February 26, Rye Arts Center presents Alvin and Friends, an exhibition that features artworks by artist Alvin Clayton, whose colorful and bold paintings reflect his life as a Caribbean/ African American man. The show also includes a selection of works of a dozen emerging Black artists from the region, who represent a variety of media. A reception will take place on February 3 and an artist talk will be presented on February 19.

On February 15, ArtsWestchester’s Teen Tuesdays program presents a Black History Month workshop led by teaching artist Aisha Nailah. The workshop, designed for teens aged 12-16, shines a light on important Black leaders by guiding participants in a multimedia arts project. Students will learn an image-transfer technique that mimics the artists’ own style of painting, which is inspired by graffiti. The images chosen will be of iconic African American thought leaders, teachers and activists.

With an exhibition and programming series that aims to facilitate dialog, Bethany Arts Community (BAC) will present a look at Black history and culture in its town of Ossining. Beginning February 4, the Ossining Black History & Culture exhibition will display a selection of art and artifacts to “uncover and display history as it was experienced by Black Americans,” particularly in Ossining.

The BAC will supplement the show with a series of programs, including a guided talk with the curator (Feb. 16); an R&B concert (Feb. 19); “paint and poetry jam,” during which spoken word artists read their work while a painter creates a piece inspired it (Feb. 25); a DJ battle for which the audience decides the winner (Mar. 5); and a talent showcase and fashion show organized by the Ossining Branch of the NAACP to close out the exhibition on March 12. The exhibition’s curator, Ossining Village Historian Joyce Sharrock Cole, says: “My hope is that what is learned here is passed on until we have all learned the history that has been omitted, suppressed and overlooked.” 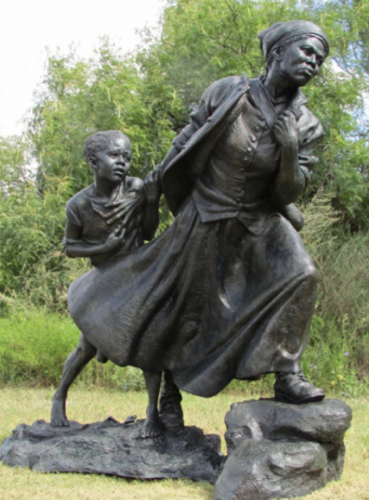 Stay Tuned! Artist Wesley Wofford’s Harriet Tubman: The Journey to Freedom statue, which was on display in Peekskill last winter, will soon return to Westchester. The nationally touring statue will be on display in White Plains for three months beginning in April.

A version of this article first appeared in the February 2022 issue of ArtsNews, ArtsWestchester’s monthly publication. ArtsNews is distributed throughout Westchester County. A digital copy is also available at artsw.org/artsnews.