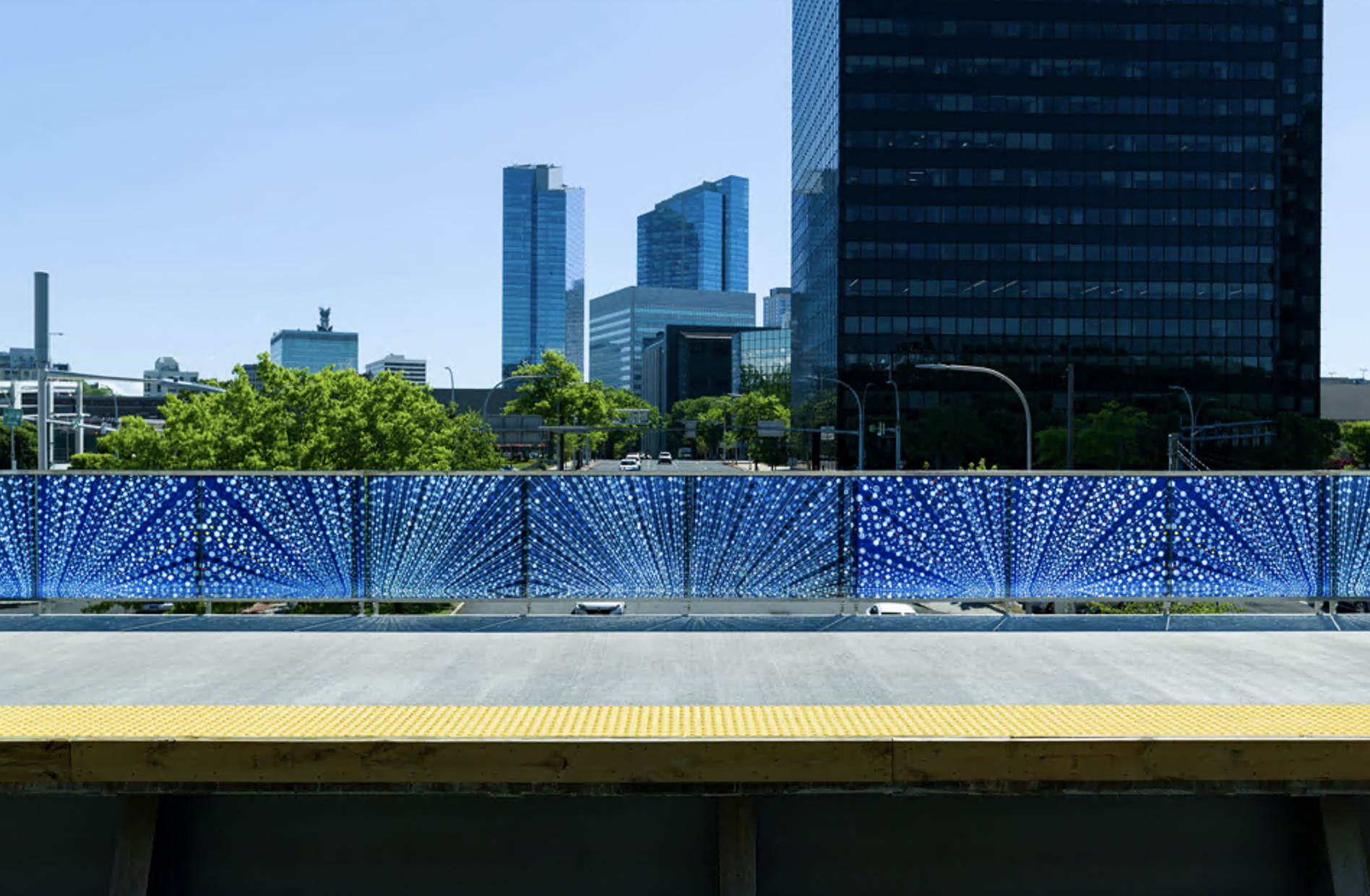 “At ArtsWestchester, when we talk about ‘Serious Fun’, we mean art that tickles you; art that challenges you; and especially art that is in your face,” says CEO Janet Langsam. “Surprise! It’s public art right there on the street. What fun!”

Take for example the monumental sculpture by artist Georgi Minchev, which Martin Ginsburg worked with ArtsWestchester to commission for his City Square development. Ginsburg Development Companies (GDC) is one of many developers and corporations working with the arts organization as sponsors and participants of the Serious Fun Arts Fest, when art takes over White Plains on October 12-16.

Now artists in the Hudson Valley are cheering with the news that ArtsWestchester has been awarded a $500,000 grant to mount the festival, which is touted as a five-day celebration of the cultural community, where art and music will take over White Plains.

The Market New York grant from I LOVE NY/New York State’s Division of Tourism was awarded through the State’s Regional Economic Development Council initiative. At its core, this will help ArtsWestchester to use the arts as a way of supporting economic development and promoting tourism in White Plains.

According to Langsam, the grant gives the organization an opportunity to showcase the vast talent that exists in the Hudson Valley region: “The Serious Fun Arts Fest is the capstone project of more than five years of work and planning in public art. We know this investment in public art and placemaking will enliven the city for years to come.”

Westchester muralist Daniel Carello says: “I’m thrilled to hear the news about the arts festival grant. It will certainly help the arts community, which has greatly been affected by the pandemic, with financial support and aid in restoring enthusiasm and an espirit de corps among artists during this challenging period.”

The Serious Fun Arts Fest will brighten the city with arts activities that range from concerts and live mural painting to a public art walking tour and dancing in the streets. There will be sculptures, performance art, massive public art unveilings by renowned artists, family art-making activities, and more throughout the downtown.

The timing of the festival capitalizes on the fall foliage period, when consumers seek accessible and exciting destinations for long weekends. The event will be a perfect outing for locals and visitors who come to White Plains by bus, train or car, and traveling up the Hudson Valley. Successful “mural fests” in urban settings like Jersey City, Miami and Brooklyn inspired the festival’s strategy.

Ross D. Levi, Empire State Development Vice President and Executive Director of Tourism, says: “The Serious Fun Arts Fest will bring the arts outdoors in a fun and innovative way for residents and visitors alike. Paired with local museums and historical sites, outdoor activities on the nearby Empire State Trail, and farm-to-table food and craft beverage offerings, it will make for a great weekend getaway, and we encourage everyone to come be a part of some serious fun.”

Langsam and White Plains Mayor Tom Roach were on a recent MTA panel to select a major new work of art for the Metro North Train Station, which just completed a $94 Million renovation. Visitors coming to White Plains by train are now welcomed to the city by two major art installations by Barbara Takenaga, which were commissioned by MTA Arts & Design.

Roach explains: “A number of years ago, Janet Langsam and ArtsWestchester articulated to me their vision of weaving art into the city’s downtown landscape by incorporating it into mixed-use development projects and other public improvement projects occurring in the city. Since that time, they have pursued making this vision a reality with laser focus and steadfast attention. Clearly, their efforts have paid off and White Plains is the better for it.”

Says Roach: “‘Serious Fun’ aims to coalesce the variety of public art projects that have already been completed, and launch several new ones in a five-day event that will attract new visitors and position White Plains as a creative force in the county well into the future.”

ArtsWestchester has been working with multiple major developers, such as GDC; LMC, a Lennar Company; the Beitel Group; and Trinity Financial to incorporate public art into new residential housing projects.

This festival is the organization’s latest investment in a public art program that, since 2020, has provided artists with more than $700,000 in grants and commissions, and has delivered two-dozen new works throughout Westchester County.