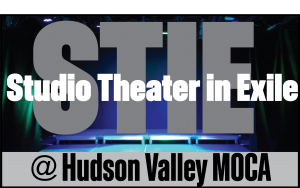 ONCE UPON A HAPPILY EVER AFTER

During Quarantine, Producer Jeremy Gratt and Artistic Director Mara Mills of Studio Theater in Exile collaborated with Patricia Stotter, Paul Genega, and Jonette O’Kelley Miller  to produce a new take on the timeless: Fairy tale women open their hearts in imagery and song, freed from their happily ever afters.

Patricia Lee Stotter: Two-time Emmy Award winner Patricia Lee Stotter composes and writes for film, theatre and television. From SESAME STREET to HBO/PBS documentary films, from independent features to plays and musicals, Stotter is all about the right voice at the right time. Her deep engagement in veteran issues shows in the films she has both produced and composed music for (and which have been screened on the Hill). Awards: Emmy Awards (two wins, five nominations); American Cine Eagle; Apple Award; Shining Service Worldwide Award; Silver Star Award from the Volunteers of America.

Paul Genega: Paul Genega is the author of six full-length collection of poetry and six chapbooks. His awards include the Lucille Medwick Award (New York Quarterly), the “Discovery” Prize (The Nation) and an individual Fellowship from the National Endowment for the Arts. Perhaps, a portfolio of poems with etchings by Aaron Fink, is in the permanent collections of the National Gallery of Art and the Harvard Museums, among others. Genega is Professor Emeritus at Bloomfield College, New Jersey, where he founded the creative writing program and served as Chair of Humanities. A new and selected collection of his poetry is due out by Salmon Poetry (Ireland) in 2023.

Jonette O’Kelley Miller is an independent art historian and art consultant. Her work, research and writing are informed by the duality of visual culture in its ability to both expose, as well as, unfortunately, substantiate social injustice. Her article “A Primer on Visual Racism” appears in Tiffany Lin’s 24 Views. Her most  project with STIE and Hudson Valley MOCA is the online exhibition “Truth-telling: Voices of First People”.

mission: Studio Theater in Exile collaborates with playwrights and performers to create and develop original work. Studio Theater in Exile is a company without a space that collaborates with its environment. It is an outgrowth of the belief that theater takes place anywhere and can be performed anywhere – in the streets, galleries, libraries, museums, black boxes, backyards, and even on a stage. We have been working with performers and playwrights to develop work that can be performed in any venue. Co-founders, Mara Mills and Jeremy Gratt have worked together, since 1991, to present original work, based on the art in an exhibition, a social justice issue, history, or the spark of an idea. Karina Ramsey joined Studio Theater in Exile in 2018.