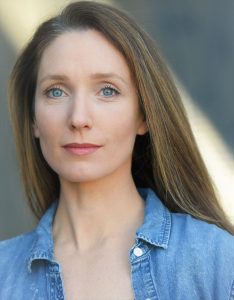 River’s Edge Theatre Co presents Every Brilliant Thing by Duncan Macmillan December 2nd and 3rd at The Good Witch Coffee Bar in Hastings on Hudson, NY. All shows start at 7:30pm. Featuring only one actor, this hilariously heartwarming (and interactive) play is produced with audience participation. Patrons may find themselves helping to unravel the story about a woman grappling with her mother’s hardwired depression. The New York Times describes the script as “very charming…offers sentimentality without shame…guaranteed to keep your eyes brimming.” And the Guardian describes it as “One of the funniest plays you’ll ever see about depression—and possibly one of the funniest plays you’ll ever see, full stop.”

Meghan Covington, River’s Edge Theatre Co Artistic Director and Ardsley resident, will be playing the narrator in the show. As an actor, Meghan starting working professionally 20 years ago, and she is no stranger to one woman shows. In 2009 she played Miranda in the The Kennedy Center’s production of Miranda’s Waltz (a one woman show with the National Symphony Orchestra). Other notable work took place regionally on the stages of Woolly Mammoth Theatre Co, The Shakespeare Theatre Co, Round House Theatre, Olney Theatre. Most recently, Meghan performed in the River’s Edge Theatre Co production of The Parking Lot, as well as writing and directing Riverside Haunts Episodes I and II.

Jessica Irons, Artistic Director of Theater O, will be directing the show. Jessica, an Ossining resident, sits on the Board of Bethany Arts Community, and is the current president.  She sat on the Board of Ossining MATTERS for 6 years, and for 10 years she was the Artistic Director of the award winning, NYC based Andhow! Theater Company where she fostered new plays from a seed of an idea through to full productions. She directed Off & Off Off Broadway at the Flea, The Ohio, HERE Arts Center, 78th Street Theater Lab, Dixon Place, The Blue Heron Arts Center, The Ontological at St. Mark’s Church in the Bowery  New Georges and adobe theatre company.  She was the Associate Artistic Director of adobe theatre company and the Artistic Associate at Adirondack Theater Festival.

As part of River’s Edge Theatre Co’s mission to inspire social change, they give 10% of the ticket sales to other nonprofits that are working to change the world for good. Proceeds from Every Brilliant Thing will go to the Mental Health Association of Westchester.