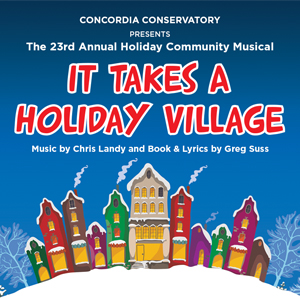 DECEMBER 18 at 5 pm AT THE PICTURE HOUSE

The premiere will include a cast “red carpet” starting at 4:30 pm in the lobby of  The Picture House at 84 Kraft, Bronxville.

Since 1999, the Conservatory’s annual tuition-free holiday musical has been a beloved community institution and an effective theatre arts outreach program, supported by generous donors who have given over $900,000. In its 22-year history, the musical has been seen by 18,000 enthusiastic audience members and performed by 1,600 performers since its first performance. The Concordia Conservatory annual holiday community musical provides an opportunity for area youth to participate, without regard to family financial situation and disability.

Tickets are available online at www.concordiaconservatory.org and by phone at 914-395-4507. Movie tickets are $20 adult and $10 senior/ child.

Concordia Conservatory’s mission is to inspire, instruct, and enrich lives through music offering  excellence in education and performance.