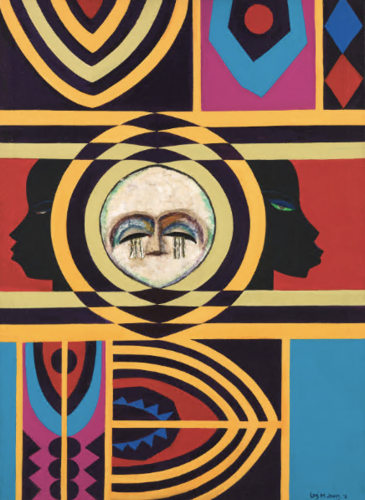 Curatorial Department Chair Laura Vookles knows it’s time that viewers reflect on the breadth of work these artists, who were often overlooked because of their race, created. She professed: “All of these artists have been here all along. You could teach a whole class about American art history with this exhibit.”

Across the decades, “legacy” stands out as a central theme. Many artists reflect, celebrate or intimate African Americans’ rich history and culture. In Third and Rhode Island, Hilda Wilkinson Brown illustrates a modernist interpretation of an African American enclave in D.C.  Paul Dunbar, Langston Hughes and Benjamin O. Davis, Sr., the first African American general officer in the U.S. Army, lived in this neighborhood.

Some pieces gesture towards other art forms: literature, theater and music. Romare Bearden’s Jazz Series selections pull from his experience at Harlem jazz clubs, like Minton’s and Birdland, where Charlie Parker, John Coltrane and Miles Davis played. Similarly, Beauford Delaney’s friendships—W.E.B. Du Bois, James Baldwin, and Duke Ellington—perhaps implicitly inspire his impressionistic cityscape Can Fire in the Park. Frederick Brown’s John Henry translates American folklore onto the canvas for a 1970s audience. The concerns of blue-collar workers during the industrial revolution reflect those of American steelworks as cities deindustrialized.

However, there’s a central conflict among the artists. In their time, artists struggled to reconcile ongoing racial injustice with their craft and thematic choices. This became one tool an artist could use to address social and economic realities. Palmer Hayden’s protest painting The Janitor Who Paints depicts artist and friend Cloyd Boykin in a cramped apartment. Both Boykin and Hayden worked as janitors since they couldn’t support themselves solely through painting. The painting insists viewers see this man as an artist, not just a janitor.

Commenting on the ways many understood their purpose as Black artists, Vookles explained, “Some of them were picking art styles they thought could fight for racial justice, others were taking actions, like going down to the March on Washington, and wanted to be able to paint whatever they were interested in.”

During the Civil Rights Movement, Bearden, Felrath Hines, Norman Lewis and Hale Woodruff were members of an artist collective that debated the issue of art and activism for Black artists. Hines thought Black artists shouldn’t be limited to “racial art,” figurative illustrations of the Black experience. He argues with Abstract Landscape that there is political power in abstraction.

All of these concerns and themes live in Teaching Artist-in-Residence Jamel Robinson’s debut and companion museum exhibition, Beauty from Ashes. This exhibition, on view until January 16, 2022, responds to the main collection with five of Robinson’s works. Installed both in the lobby and in the historic Glenview home, the interdisciplinary Harlem-based artist captures both the magnificence and pain of the Black experience.

Says Vookles: “The pieces have such presence when you stand in front of them that [viewers will] really be missing out if [they] don’t see them in person.”

Taylor Michael is an essayist and critic with writing in Artsy, Publishers Weekly, Full Stop, Hyperallergic, and ArtsWestchester. She is finishing an MFA student at Columbia University School of the Arts and was the 2020 A Public Space Editorial Fellow. 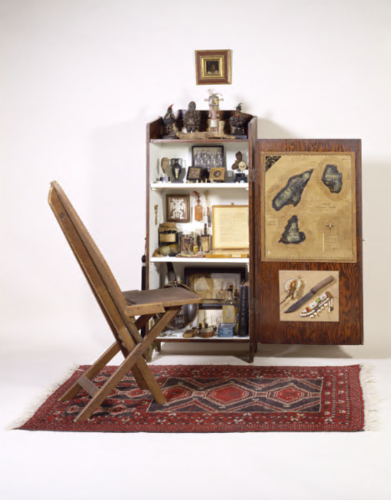 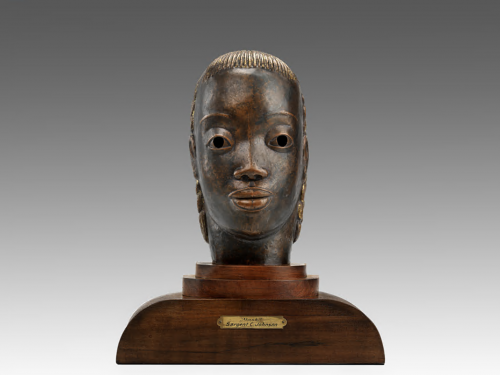