Music in the Air is a directory of free and affordable (under $20) outdoor cultural events taking place in the County between July and September. For a full list of these concerts, visit: artsw.org/musicintheair. 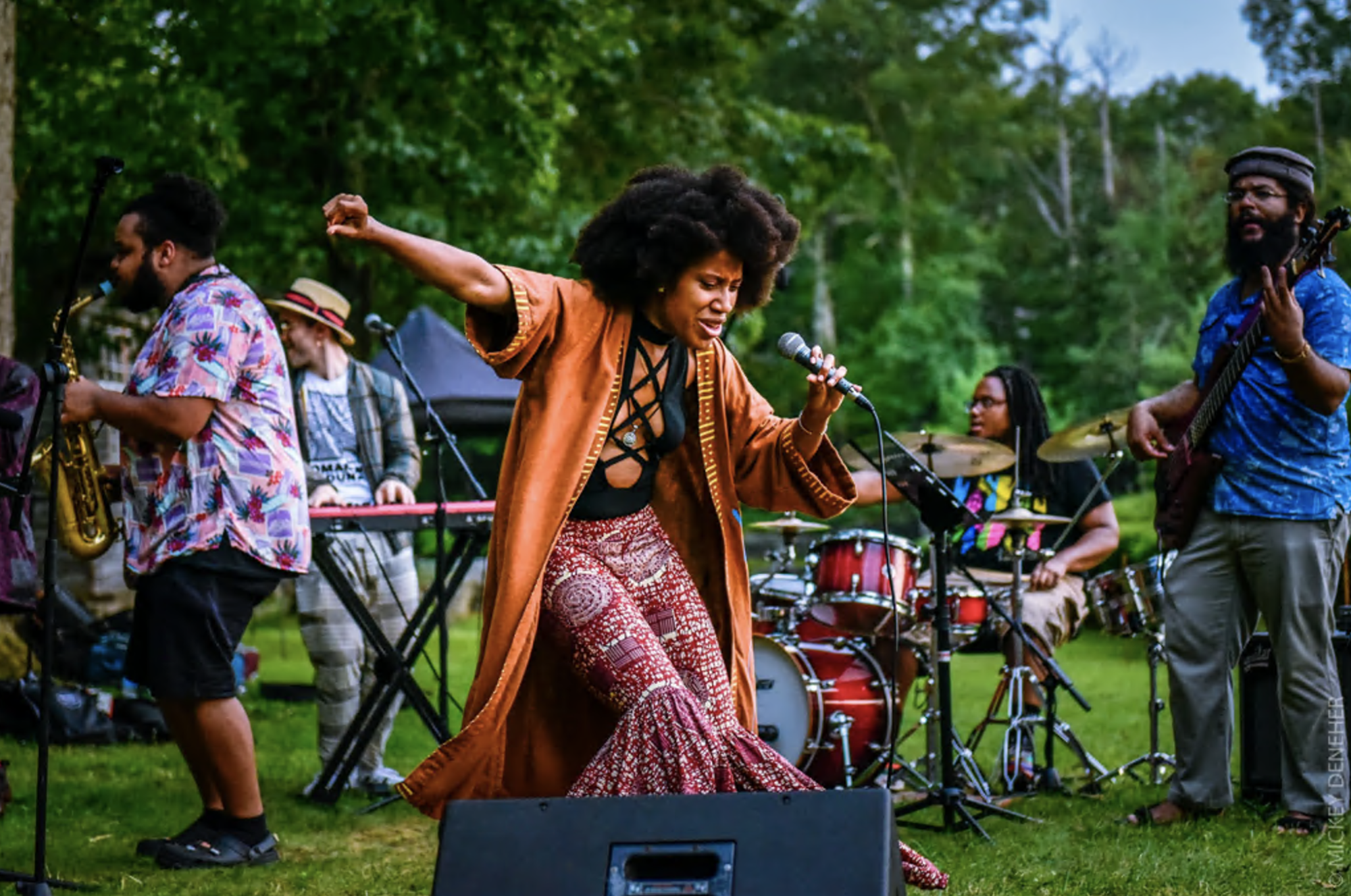 An array of vibrant music will flow through the heart of downtown New Rochelle this summer as the New Rochelle Council on the Arts (NRCA) finally brings its annual Summer Sounds concert series to the historic Hudson Park bandshell, as well as a new location, the New Ro Parc. After two years of canceling and reducing the series due to COVID-19, NRCA is back with a full schedule, including 17 concerts and a Shakespeare performance.
“We had an enormous response last summer, and it was heartwarming to have people tell us how much they had missed the chance to gather in the park and listen to music together,” says NRCA President Theresa Kump Leghorn.
Not only is the season back, it has expanded. Leghorn explains that partnering with the pop-up location New Ro Parc has allowed NRCA to employ more artists and bands and “reach some of the new residents who are now living downtown and may not know about the Hudson Park concerts.” All programs will also be accompanied by on-site food trucks.
Concerts at the Hudson Park bandshell will kick off on July 6, when Billy and The Showmen perform hard-driving R&B, soul and funk. The show will usher in a lineup of concerts that will take place over nine consecutive Wednesdays. The Hudson Park schedule also includes big band sounds by Gerard Carelli and his orchestra (July 13), Latin tropical soul group 3D Rhythm of Life (July 20), New Rochelle Opera (August 3) and 60s tribute band Just Sixties (August 24), along with other groups. An extra Sunday event on July 17 will showcase a production of Shakespeare’s comedic Love’s Labor Lost play by the Irvington Shakespeare Company.
At New Ro Parc, NRCA will host eight Friday evening concerts. The wide-ranging roster will feature 80s rock band They Might Be Parents (July 8), Colombian folk band Hasta La Zeta (July 22), jazz and classical group Third Stream Meme (August 19) and country singer-songwriter Bill Steely (August 26). The entire program will culminate on August 31 with “yacht rock” from AM Gold.
Leghorn notes that the diversity in the series was a primary goal because it provides audiences an opportunity to experience different genres they might not be familiar with, and creates a space for everyone to join: “The arts bring people together.”

Other 2022 Music in the Air Lineups You May Enjoy: