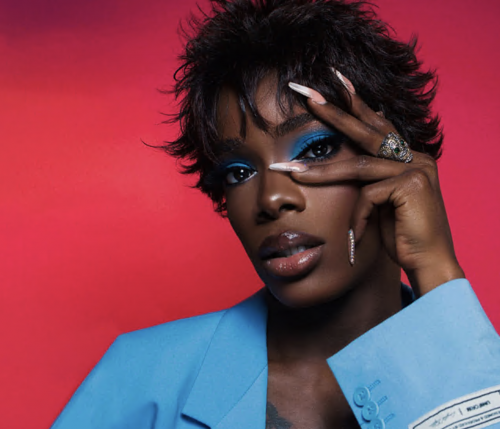 Groups throughout Westchester, including several arts groups, are celebrating National Pride Month this month with events that bring visibility to the LGBTQ+ community.

Westchester Pride, for one, has a mission. The White Plains festival, which kicks off Pride Month on June 5, aims to “provide a space for healing, connection and celebration.”  The “connection” part of this statement rings especially true, as this is the first in-person festival in two years due to a pandemic-induced hiatus.

Judy Troilo, Westchester Pride’s producer and the executive director of The LOFT LGBTQ+ Community Center, says that a record attendance is anticipated this year, with over 7,000 people expected.  This year’s event, which takes over Court Street between Martine Avenue and Main Street, boasts Olivia Lux from RuPaul’s Drag Race as its host.

In addition to a flag raising, pet parade, Homecoming Queer Contest and “Family Zone” area for kids, two headlining acts are highlighted: Broadway Sings For Pride showcases top-tier Broadway performers, while Ballroom: Beyond the Binary, co-presented by The LOFT and ArtsWestchester, brings together a panel and performance from Ballroom and House legends. House of Oricci’s Legendary Founding Mother Gillette Oricci and House of Comme des Garçons’s Twiggy Pucci Garçon (choreographer for FX’s Pose), Milan Garçon and Mermaid Garçon (from HBO’s Legendary) will participate in a panel discussion. They will then present an original runway production specially designed for 2022 Westchester Pride.

Says Troilo: “Our hope is that we can use Pride as a place not only to celebrate, but to also to spread the word that we need to band together to address the real possibility that our court-appointed rights may be taken away.”

The LOFT is also partnering with Upstream Gallery in Hastings-on-Hudson this month. The Queer Perspectives exhibition, on view at Upstream from June 23-July 17, will display personal explorations of LGBTQ+ life, issues, history and culture.

Troilo adds: “Partnering with Upstream Gallery to showcase LGBTQ+ artists in Westchester and the Hudson Valley area is something that is deeply important to the cultural visibility of the community.”

Another exhibition that celebrates the LGBTQ community, Clay Art Center’s virtual tender / queer show, is one that focuses specifically on ceramic artists. Says guest curator Dustin Yager: “As LGBTQ artists, we open up the stories of our lives through our work, and how we talk about it… That act is not always entirely comfortable…”

Yager continues: “The artists in this exhibition not only display an emotional range in their ceramic works, but also have deep engagements with their communities… show[ing] that even our softest work has a core of incredible strength.”