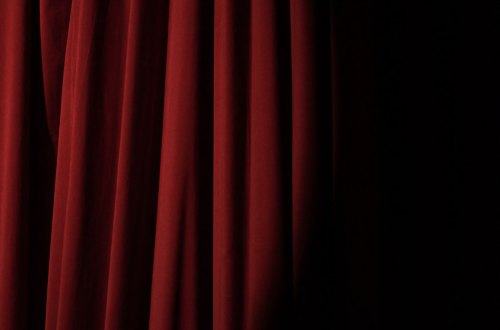 “Opera has something for everyone, and we are looking forward to welcoming new and returning audiences,” says Dan Montez, the founder, general manager and stage director at Taconic Opera. The company is commemorating its 25th anniversary  with new performances beginning this month.

The Taconic Opera begins its main season on October 22 and 23 at the Yorktown Stage with a fully staged and orchestrated production of Jules Massenet’s Manon, which will be presented in the composer’s French version. The opera delves into Manon’s impoverished living and her efforts to win back her love, who decided to become a priest.

“We have new stage sets for this opera – one set for each act – and they are gorgeous,” says Montez. “It’s going to be a visually beautiful performance.”

Montez, a California native, founded the Taconic Opera in 1997. He moved to New York City in the early ‘90s to pursue a career as a professional tenor. He appeared in principal roles in productions at opera houses across the country, including Lincoln Center, Carnegie Hall and San Francisco Opera. But professional opera singers usually travel extensively for work, and Montez’s career took him away from his family for months at a time.

Seeking a better work-life balance, he settled in Westchester County and launched the Taconic Opera in Peekskill. The Taconic Opera is a resident opera company, and most of the performers live in Westchester, Rockland and Putnam Counties. The chorus is comprised of 30 local singers, whom Montez trains to sing both oratorio and opera in several languages.

“When I started Taconic Opera, I only wanted to hire local artists – people who can go home to their families at night,” says Montez. “We’ve been working with many of the same artists for the past 25 years.”

Twenty-five years in, the company still faces challenges and trials with innovative forethought. During the pandemic, the opera didn’t miss a beat, safely evading the restrictions associated with health protocols. It produced a version of Mozart’s Don Giovanni for an online audience, recorded completely on iPhones; presented Verdi’s La Traviata in a football field; and managed to present the world premiere of new oratorio, Esther, in its return to the indoor stage.

Montez reflects on what direction he sees the company moving toward in its next 25 years. Aside from becoming a household name and staple in the county, he emphasizes the responsibility he feels to bring the arts to local classrooms:

“Over the next 25 years, I see the Taconic Opera…leading the way to bring more art to the cities, towns, and classrooms in the county… We feel we have a responsibility to educate young people, as well as adults, about all types of classical music – not just opera. We want to create a generation that seeks out classical music, and want Taconic Opera to become a household [name] and enrich their lives.”

During this 25th season, the opera continues to present new content for its audiences. For the first time, it will tackle George F. Handel’s beloved holiday classic Messiah, well known for the famous Hallelujah chorus. The performance, taking place on December 10 and 11 at the Holy Name of Mary Catholic Church in Croton, will feature professional opera singers and a full orchestra.

The final performance of the season is the premiere of Joseph, an oratorio composed and conducted by Montez. “This is the eighth oratorio that I’ve composed based on characters in the Bible, and I’m orchestrating it right now,” says Montez. The oratorio is based on the story of Jacob’s son Joseph and his coat of many colors. It will be presented on March 25 and 26, also at the Holy Name of Mary Catholic Church in Croton.