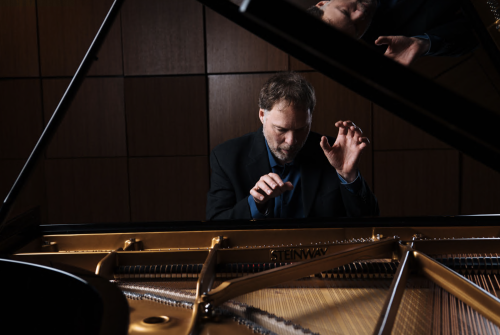 The Symphony of Westchester is celebrating its 25th anniversary by bringing back favorite artists and a crowd-pleasing repertory of classical and contemporary music, including works from Mozart, Bach, Vivaldi and Copland, to Iona University’s Christopher J. Murphy Auditorium in New Rochelle.

This season, there will be four performances, beginning with an All-Mozart program that features pianist Alon Goldstein on November 12. Goldstein, who plays with the Symphony frequently, will perform Overture: La Finta Semplice, K. 51 (46a), Piano Concerto no. 18, K. 456 in Bb Major (Paradis) and Symphony no. 40, K. 550, in G minor.

Barry Charles Hoffman, the Symphony’s founder and artistic director, says of the upcoming season: “We have interesting programs, beautiful music and terrific soloists. We love that our community can enjoy the sound of a professional orchestra right here in Westchester.”

“But it’s also about building back after the pandemic,” he adds. “We’re using a bread-and-butter repertoire to bring the audience back.”

Hoffman says that prior to the pandemic, the Symphony typically played to a full house. “That is quite an accomplishment for a local orchestra. We were very proud of that. We had people coming from all over the area; not only from Westchester, but beyond. People really enjoyed seeing live performances.”

Due to the pandemic, however, the Symphony  – like most performing groups – didn’t play any live performances in 2020 except for a virtual concert.  “In 2021, we were completely back in person,” says Hoffman. “The audiences were smaller than they were before the pandemic, but we persisted. While ticket sales are coming along for our November concert, we’ve noticed people are not buying season tickets as they normally do, so I think they’re still reluctant to commit. But we have a wonderful season in store for everyone.”

The Symphony’s concert season continues on December 11 with an All-Baroque program that features a returning guest soloist – violinist and concertmaster Alexander Abeyev.

But the season doesn’t only look to the past. The February 12 concert showcases future talent-in-the-making during the Symphony’s eighth Young Artist Competition. The nationwide competition is open to elementary through high school students who are instrumentalists and vocalists. Six winners are selected, each of whom will perform one movement of a standard concerto or recitative and aria with the Symphony.

“This is such a special event for the kids, their parents and the audience,” says Hoffman. “The atmosphere is very upbeat. “

The season concludes on May 6 with a salute to two American composers – Samuel Barber and Aaron Copland, both music legends with local ties. The program features returning soprano and soloist Sharla Nafzinter, who will perform Barber’s Knoxville Summer of 1945. Alec Manasse, a clarinet soloist, marks his debut with the Symphony, performing Copland’s Clarinet Concerto and Appalachian Spring (chamber version).

In addition to its performance season, the Symphony of Westchester brings musical education programs to disadvantaged children in the county. Its award-winning Annual Jazz Institute for Homeless Children provides music education to about 15-20 students, aged nine through 15, who live at the Coachman Family Center in White Plains. For most of these students, it is their first introduction to learning an instrument, as well as music theory, ear training, jazz history and improvisation.

“We’ve reached close to 500 students [through this program],” says Hoffman. “It’s amazing what the kids can learn in just five weeks – we’re planting seeds for the future. It’s about socialization and positive expression. We have a concert when the program is over and the kids get to perform and improvise. They really enjoy the applause.”

While the Symphony of Westchester has made its mark on audiences throughout the past 25 years, Hoffman says there’s plenty of room for expansion: “I see continued growth for the Symphony.”

In addition to a desire to revive the company’s previous summer series, Hoffman says: “We currently do four concerts a year, and I believe we could perform each performance twice. There’s been a lot of residential growth in New Rochelle in recent years, and I think this infusion of newcomers will help us to grow our audience.”