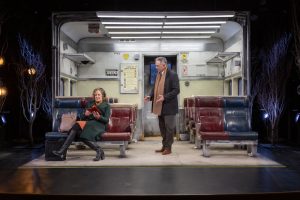 In the spring of this year, Hudson Stage Company debuted the world premiere of OFF PEAK, its final play after 24 years in Westchester. Now the play, which was commissioned by the company, will make its way to Off-Broadway at 59e59th theater through December 23. OFF PEAK, written by Brenda Withers, directed by Jess Chayes and performed by husband-wife team Kurt Rhoads and Nance Williamson, follows two old flames who run into each other during their evening commute. AW ARTS DEAL: ArtsNews readers can use code OPFRIEND for $10 off per ticket. 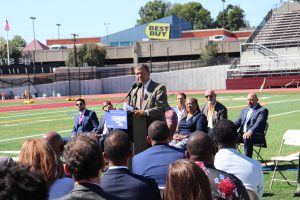 After a 40-million-dollar renovation, Memorial Field in Mount Vernon recently had a ribbon cutting ceremony to introduce a newly improved stadium complex, reopening for the first time in  fifteen years. Mount Vernon Mayor Shawyn Patterson-Howard called it “one of the landmarks that connect us all,” adding that the field will positively impact “economic development, public  health, pride, [and] moral and community cohesion of the City of Mount Vernon.” For more than 90 years, the complex hosted memorable and historic events, from graduations to James Brown and Jackson 5 concerts. While the new Stadium will present community and sporting events, it is also equipped with 3,900 seats and modern amenities “capable of handling major concerts or events.” 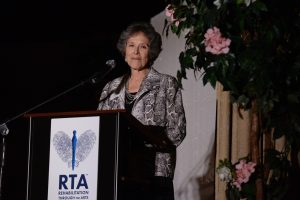 Rehabilitation Through the Arts (RTA) Founder and Executive Director Katherine Vockins has announced her retirement after twenty-five years at the organization. What began as a theater workshop at Sing Sing Correctional Facility expanded to six prisons across three state counties under her leadership. The workshops also expanded to cover a large range of creative disciplines
and a roster of 30 teaching artists. During her tenure, she produced more than 50 full-scale plays. The RTA board will search for a successor, but Vockins says that she plans to stay on board as a consultant “to finalize a major new project that RTA has in development.” 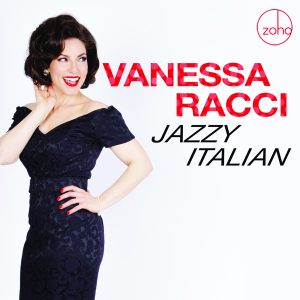 Ossining singer Vanessa Racci recently released a new album, Jazzy Italian, which celebrates Italian American contributions to jazz in America. It released to a sold-out crowd at Birdland Jazz Club NYC and reached #8 on the jazz charts. The album, released by the Westchester-based label Zoho, was supported by Westchester Government’s Launch 1000 program. The album can be heard on all major music platforms, including Spotify, Amazon Music, Apple Music and more. 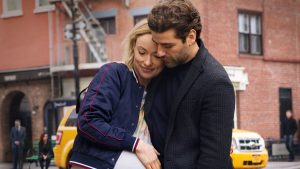 When Business Council of Westchester President Marsha Gordon, is not advocating for businesses in the County, she can be found at the cinema or theater. Read Marsha’s reviews on  ArtsWestchester’s As a Matter of Art blog: artsw.org/artsblog.

Promo still from Life Itself (Amazon Prime) This movie, which stars Oscar Isaac and Olivia Wilde in the leading roles, begins in great sadness. It’s a difficult one. But with the intersection of Life Itself – it weaves together the lives of multiple characters and multiple generations – it covers the bases. It navigates stories of love found and lost, the effects of this on children and families, and the fateful happenstance of being in a certain places at a certain time resulting in great joy or great sorrow. All of this ultimately makes this a film that shows that joy can arise from sadness, and that we all carry with us all that came before.