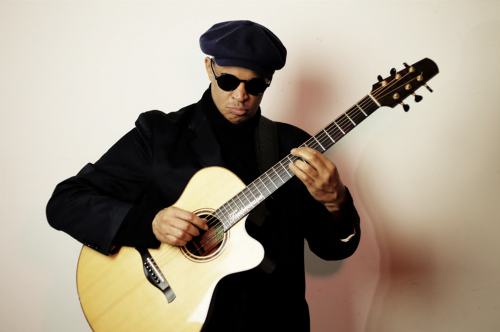 Caramoor Center for Music and the Arts grabs the winter blues by the horns and presents a new season that will usher fans through the holidays and into spring. For one, all fall and winter events, which range from period-instrument ensembles to an afternoon spot of tea, take place in the historic Rosen House, among the Gothic tapestries and stained glass of the intimate Music Room.

As new President and CEO Edward J. Lewis III explains it, the organization has “curated a vibrant genre-spanning program of established masters and emerging artists.”

Not only that, the lineup also includes “education programs that mentor the next generation of musical stars [as well as] multicultural, sensory-friendly family events that invite everyone to enjoy the music.”

Guitarist and singer Raul Midón, who has collaborated with everyone from Herbie Hancock to Snoop Dogg, brings jazz, pop and Latin flavors to his October 1 performance. Broadway star and Tony Award-nominee Kate Baldwin will sing from the American Songbook during a benefit concert on October 23.  English Concert performs an all-Vivaldi program with period-appropriate instruments on November 19 while Grammy Award-nominated vocalist Jazzmeia Horn fuses jazz and R&B into her April 30 set. All events will have safety protocols in place based on recent recommended health guidelines.

Though Caramoor’s Ernst Stiefel String Quartet-in-Residence, Callisto Quartet began its residency in the fall of last year, the group will remain in residence for another fall and spring “to compensate for missed opportunities during the pandemic.”  Callisto will make up for lost time swiftly – with two world premieres that were commissioned by the quartet from rising young composers: November 7 and April 3.

Piano reigns king this season, with three programs that focus on tickling the ivories. British pianist Stephen Hough, the first classical performer to be awarded a MacArthur Fellowship on November 14; pianist Michelle Cann, who champions the music of Florence Price, on March 20; and Brad Mehldau, whose jazz roots will shine as he injects improvisation into his solo concert on April 14.

The season continues with other jazz, roots and classical concerts, in addition to family events like Grammy Award-winning children’s performer Dan Zanes, and holiday concerts like the a cappella vocal quartet New York Polyphony. The organization will also continue to embrace its mentorship programs: Evnin Rising Stars, which coaches chamber musicians, and Schwab Vocal Rising Stars, which trains emerging singers.