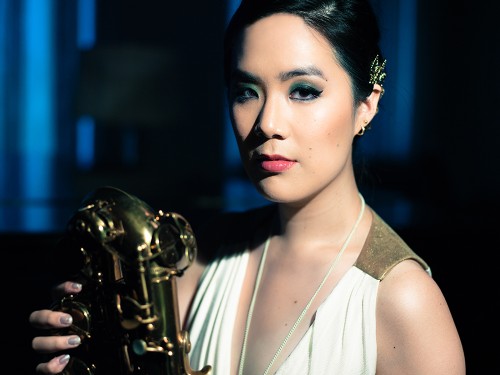 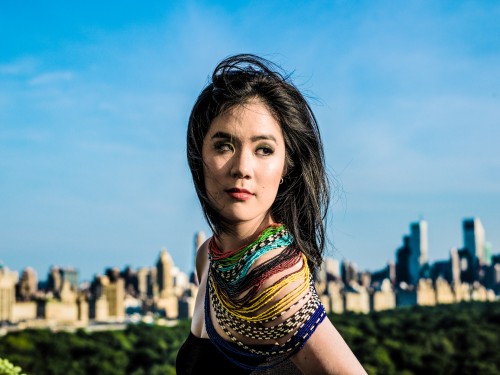 Stephanie Chou is a saxophonist, singer, and composer based in New York City.  Her music combines classical and Chinese influences with jazz and pop harmonies and rhythms. Raised in Irvington, NY, Chou studied mathematics and music at Columbia University. In 2011, she released her first album, Prime Knot, a jazz quintet CD featuring trumpeter Marcus Print up (Jazz at Lincoln Center Orchestra). She has written for ballet and theater as well as for the concert stage. Her work “C for G” was commissioned and choreographed by American Ballet Theater principal ballerina Susan Jaffe, and features Kenny Wollesen on percussion and vibraphone. It was premiered in 2012 at Goucher College, Maryland.

Steph is currently working on a new album, Asymptote, which features jazz musicians Kenny Wollesen, David Binney, John Escreet, and Zack Lober, as well as viola and erhu virtuoso Andy Lin. She has performed her music in Taipei, Taiwan and Beijing, China.  She has also performed throughout New York City at venues including Carnegie Hall, B.B. King's, Miller Theater, Drom, and The Cutting Room, as well as in music festivals in Italy, New Orleans, and Chicago.

In 2014 she formed a duo with guitarist Octavia Romano. While appearing frequently around New York City, they released their first CD, Compass, in early 2016.

She is currently pursuing a master's degree in composition from the City College of New York, and also performs as a guest artist for workshops on leadership and jazz with the Columbia University Business School. She works for composer Patrick Zimmerli, and has worked at ArtistShare, Jazz at Lincoln Center, Second Floor Music, and Bob Dylan Music Management.