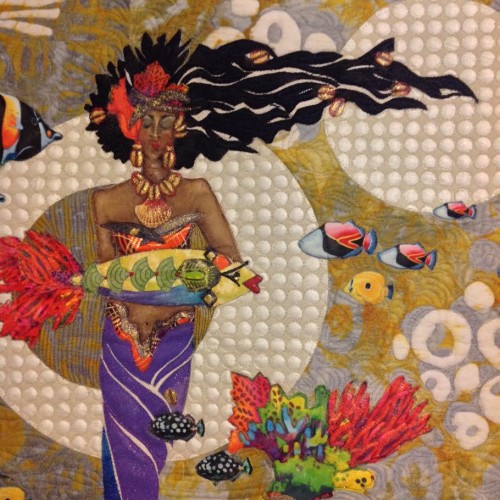 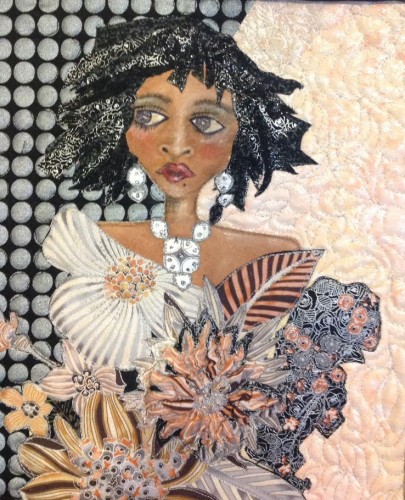 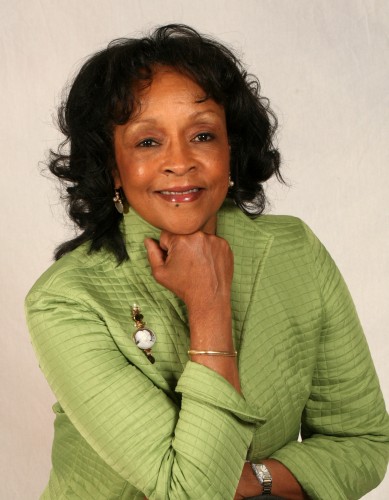 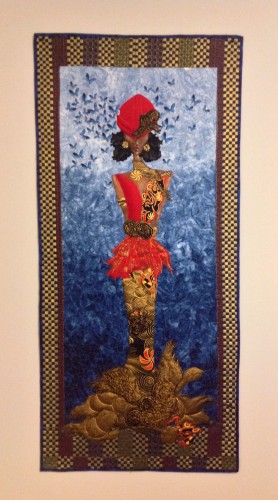 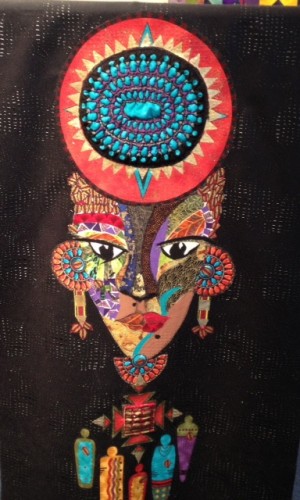 “I've loved art since I was a little girl. Something magical and soothing happens during the creative process.  I am blessed to have women in my family who shared their creativity with me.  My mom taught me to sew.  My great Aunt taught me to crochet, knit and embroider. Through them, I first embraced the artistry of fabrics, yarns, texture, shapes and color. Their lessons guided me throughout a career that spanned fashion design, fine jewelry design and a retail venture. I began quilting and working in fiber 7 years ago. I am thrilled to be hosting my first solo Fabric Arts show. I feel as though I am honoring the legacy of the women who first shaped my creativity through these works”

Donna Chambers a Westchester native was born and raised in Ossining and Elmsford New York. She earned a bachelor’s degree in Fine Arts at Pratt Institute in Brooklyn, New York. She established Donna Chambers Designs in 1980 and successfully created and sold unique, fine, 14K gold jewelry adorned with precious stones and rare antique chips. She expanded her business to retail when she opened “That Old Black Magic” of White Plains. As the proprietor she became known for offering ethnocentric goods and hard to find artwork. Her customers’ relished her keen “artist’s eye” and appreciation for heritage.

Donna recently became a quilting devotee, channeling her love for sewing from which her artistry began as a child. “Donna Chambers has a unique gift in finding and combining fabric pieces that work magic for the beholder,” exclaims Caryl S. Castellion, President of Northern Star Quilters Guild. Her quilt “Yemaya Goddess of the Sea” won Northern Star Quilters’ Guild 2014 BEST OF SHOW ribbon from the National Quilt Association. The work won accolades for its use of color and unusual top and bottom border treatment.

She debuts her “Images in Fabric” show starting April 1st. Her one-person show will feature her award winning works as well as new pieces. Her works include a cast of characters, including new portraits like “Marvelous, Martha”. The show runs from April 1st – 30th at Etui Fiber Arts 2106 Boston Post Road Larchmont, NY 10538.