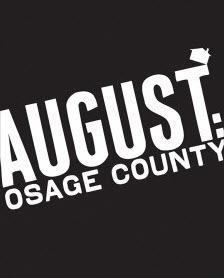 The play, which the New York Times’ Charles Isherwood called “The most exciting new American play Broadway has seen in years,” is, as the reviewer notes, the “saga of an Oklahoma clan in a state of near-apocalyptic meltdown.”

Tickets are $27.50 general admission, $22.50 seniors and students, and can be purchased online at Brown Paper Tickets (search: Axial), https://www.brownpapertickets.com/event/4210802, or through the Axial Theatre website.