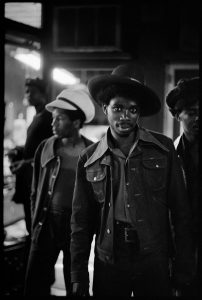 The New Rochelle Council on the Arts’ Rotunda Gallery presents “The Photography of Frank Stewart,” on exhibit from February 12th through April 30th. Mr. Stewart, who attended the Art Institute of Chicago and Cooper Union in New York City, is the Senior Photographer for Jazz at Lincoln Center. He has traveled the world for more than 30 years, taking remarkable images of musicians, people and places creating visual statements that portray sensitivity, lyricism and depth.

The opening reception will take place Tuesday, February 12th from 5 pm to 7 pm in the NRCA Rotunda Gallery at New Rochelle City Hall, 515 North Avenue, New Rochelle, NY 10801. (Entrance is in the rear of the building; the gallery, which is located on the main floor, is wheel chair accessible.) Meet Frank Stewart and learn about his amazing career and what has influenced and inspired him as a prolific image maker who creates visual statements about people, religion, politics and society.

“The Photography of Frank Stewart” can be viewed at the NRCA Rotunda Gallery Mondays through Fridays from 9 am to 4 pm. Parking is available in the rear of building. For more information, please call 914.224.4243.

The New Rochelle Council on the Arts (NRCA) was created by the New Rochelle City Council in 1975 to stimulate and encourage the study and presentation of the performing and fine arts. For four decades NRCA has worked to fulfill that mission by sponsoring art exhibitions, theatrical productions, dance recitals, film screenings, lectures, and concert series. In addition, NRCA has sponsored public art and created ArtsFest, while helping to build relationships between the arts, the business community and city government. The NRCA website www.newrochellearts.org  is the “go-to” place for information about the arts. Membership in NRCA is open to artists and non-artists alike, with members receiving invitations to networking events and studio tours. For more information visit NRCA on the web at www.newrochellearts.org.  NRCA’s programs are made possible, in part, by ArtsWestchester with funds from Westchester County Government, the City of New Rochelle, and the support and participation of NRCA’s membership.

Born in Nashville, Tennessee, Frank Stewart grew up in Memphis and Chicago. He attended the Art Institute of Chicago and received a BFA in photography from Cooper Union in New York. Mr. Stewart has had numerous one-man and group shows at The High Museum, Cooper Union Gallery, Washington Project for the Arts, Studio Museum in Harlem, Schomburg Center for Research, the International Center of Photography, Museum of Contemporary Art in Los Angeles, and Corcoran Gallery in Washington, D.C. He was a member of the first team of North American journalists invited by the Center for Cuban Studies to visit Cuba in 1977. He was also invited by the Los Angeles Olympic Committee to photograph the 1984 Olympic games. He has twice been granted a photographic fellowship from the National Endowment for the Arts, and a New York Creative Artist Public Service Award. He has also been a New York Foundation for the Arts Fellow. His books include ROMARE BEARDEN: Photographs by Frank Stewart, published by Pomegranate Communications Inc., and, with Simon & Schuster, The Sweet Breath of Life: A Poetic Narrative of the African American Family, poems by Ntozake Shange, photographs edited by Frank Stewart, photographs by Kamoinge, Inc.. Ferrar, Straus & Giroux has published Smokestack Lightning: Adventures in the Heart of Barbecue Country, written by Lolis Eric Elie with photographs by Frank Stewart and WW Norton, Sweet Swing Blues on the Road, written by Wynton Marsalis, with photographs by Frank Stewart. Mr. Stewart currently serves as Senior Staff Photographer for Jazz at Lincoln Center.