Irvington Theater was built in 1902 in the Classic Revival style and has been on the National Register of Historic Places since 1984. Designed by A. J. Manning and patterned after Ford's Theatre in Washington, D.C., the theater is a multipurpose concert hall and music theater located on the entire third floor of Town Hall in downtown Irvington, New York. The 432-seat theater features a a proscenium stage and thrust, five backstage dressing rooms, and audience seating in the orchestra, mezzanine, balcony, and six charming gold-leafed boxes.

With an intimate yet grand feel and marvelous acoustics, Irvington Theater has been touted as "one of the finest municipal halls in eastern New York State" by Alvah French History of Westchester County, "A jewel of a theater on the Hudson" by Robert Sherman New York Times and "Acoustically superb" by Lou Cevetillo Opera Critic Gannett Newspapers.

Irvington Theater is home to a diverse range of innovative cultural programming that entertains, enlightens and inspires. We produce original programming and, in collaboration with our Arts Partners, curate high-quality theater, music, film, comedy, and dance for the greater New York metropolitan area. With the knowledge that our individual differences make us collectively stronger, we are wholeheartedly committed to diversity, equity, and inclusion, in process, performance, and protocol. Irvington Theater is a community for all. 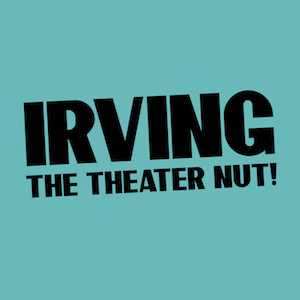 A love letter to the Irvington Theater for those who miss going inside a theater now.