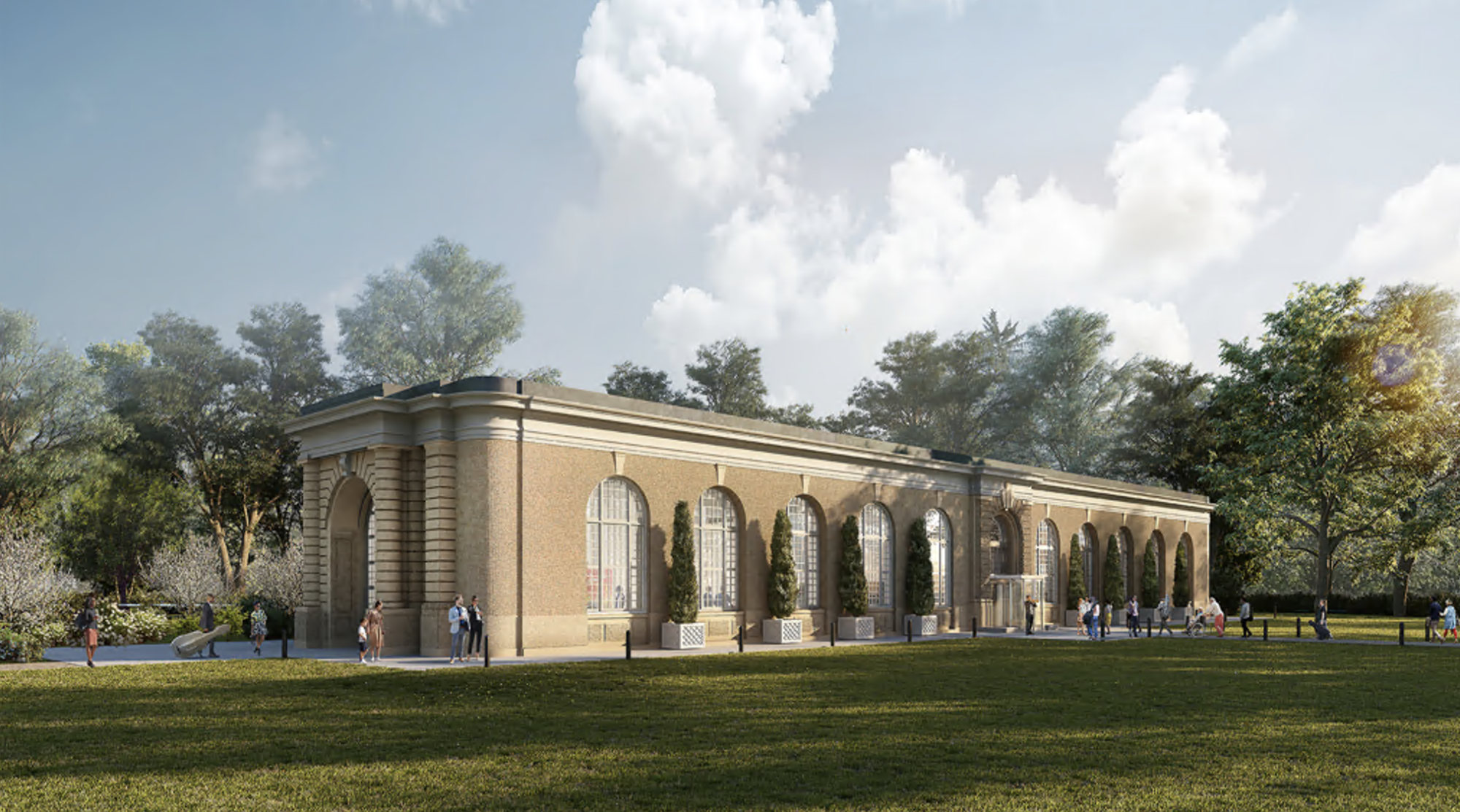 Sprawled across the rolling hills of the historic Rockefeller family estate in Tarrytown is The Pocantico Center, a picturesque 217-acre campus that hosts conferences, educational programs, exhibitions, artist residencies and seasonal outdoor performances. It is one of the lower Hudson Valley’s best kept secrets, but that is about to change.

Several years ago, Pocantico’s executive director, Judy Clark, gazed out of her office window at the campus’s long dormant Orangerie building and imagined it transforming into a dedicated performance space—something the grounds sorely lacked. Clark shared the idea with her colleagues and, after years of planning and construction, that daydream has become a reality. The David Rockefeller Creative Arts Center will open at The Pocantico Center of the Rockefeller Brothers Fund (RBF) this month, and is set to draw new artists and audiences from far and wide.

The restored and reconstructed building is already being heralded as a model of adaptive re-use, accessibility and inclusivity. The 1908 Orangerie was originally designed by William Welles Bosworth as a winter storage building for John D. Rockefeller’s collection of ornamental orange trees, and was modeled after the Palace of Versailles’s 17th-century orangerie. The trees were donated to three botanical gardens in the 1930s and the building was bequeathed to the National Trust for Historic Preservation in 1979. After that, the building was used as a storage facility.

The RBF and Pocantico’s board worked with the architectural and design firm FXCollaborative to reimagine the space as a sustainable, multidisciplinary arts center. The result is a bright and airy “net zero” building on track to being LEED platinum certified, the highest level of certification from the Leadership in Energy and Environmental Design. Net zero energy buildings make their energy through renewable resources, resulting in zero carbon emissions. A solar panel array will produce more energy than the building consumes, and a rain garden will conserve water and reduce runoff pollutants.

The DR Center boasts a multipurpose performance and rehearsal space (with flexible indoor-outdoor seating), an art gallery, artists’ studios, a gathering space, a teaching garden and a terrace. Pocantico’s performance space will allow the Center to double its offerings from four to eight events while added studio and rehearsal space will enable the artist residency program to expand by more than 50 percent. The Center’s other public programs, such as open rehearsals, screenings, lectures and workshops, will have room to grow as well.

Manager of Public Programs Elly Kelly says: “We hope it will be an arts hub for the community. We envision it as a place where the creative process can blossom and where art is not just presented but created.”

The Pocantico Center’s team, according to Kelly, is dedicated to making its programs as accessible as possible. They plan to work closely with local schools in underserved communities, invite students to attend rehearsals and workshops, and bring artists out into the community for assemblies and workshops. They will also continue to partner with local groups to provide transportation and free admission for neighbors in need. “We want the community to feel welcome,” Kelly says. “To feel that this is a space that they can come to and experience activities that maybe they don’t see elsewhere.”

The art gallery will open its doors to the public on October 1, though the Center’s real celebration will come on October 15 with a Community Open House. In the studio, visitors can meet the inaugural Pocantico Prize winner, artist Athena LaTocha; in the gallery, they can view the Inspired Encounters: Women Artists and the Legacies of Modern Art exhibition (on view through March 19); and in the performance space, they can see a sneak peek open rehearsal of Untold Tales, a dance, music and theater production by musician Pablo Mayor and his company. It premieres at the Center on November 16.

Other season programming highlights include an open studio with Athena LaTocha (November 5 and 6); a “work-in-process” show presented by the The Composers Now & Asian Cultural Council Creative Residency program, which pairs composers with artists for the creation of new work (November 4 and 10); and a dance performance by renowned choreographer Kyle Abraham (December 1).