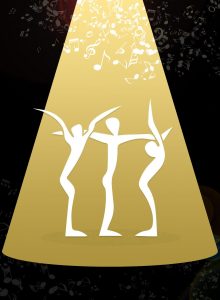 YONKERS, NY – Youth Theatre Interactions, Inc. (YTI) is celebrating its 45th anniversary this year with a special gala event.  On Thursday, October 25, 2018 YTI will host an evening of dinner, dancing, and special performances.  The evening will also pay tribute to Dr. Mary E. Lane, a long time supporter and former Board President of YTI.

In years past, YTI held Jimmy’s Jam, and evening in memory of YTI co-founder and musician Jimmy Hill, which featured a jazz jam session, in order to raise money for scholarships for students in need and support on and off site programming.  This year’s gala will be bigger than anything the organization has done before.  YTI will take over the Grand Roosevelt Ballroom and treat guests to performances from current students and alumni.  The evening will include a ceremony for honoree Dr. Lane.  In its 45-year history, she has been one of YTI most loyal supporters, from assisting with productions, to joining the board to eventually becoming Board President.  “Dr. Lane is an amazing woman,” said gala co-chair Deborah Hudson-Jenkins.  “Not only has she been involved with YTI for almost 30 years, she has done so much for the youth of Westchester County through her work with the County Department of Health and with the NAACP ACT-SO competition.  Dr. Lane is a blessing and we are proud to honor her.”

Incorporated in 1973, YTI started as a small afterschool program and grew to become one of the premier performing arts programs in Westchester County.  Over the years, YTI has won awards for its Intimate Realities teen theatre company, particularly for their production Risky Business, a show about HIV/AIDS and teen sexuality.  In 1981, YTI’s Mime Time Players had the distinct honor of being the first mime company composed of African-American and Latinx actors to perform at Lincoln Center’s Out of Doors Mime Festival.  With a rich history and a bright future, YTI’s 45th Anniversary Gala will prove to be spectacular.