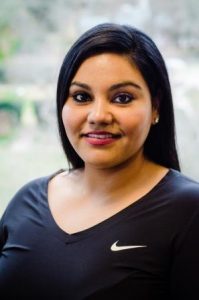 This year’s conference, Democracy on the Margins: Gender, Citizenship, and the Global Challenge to Democratic Freedoms will expand upon the College’s yearlong discussion of the theme “Democracy and Education” by examining the challenges faced by those who live, work, and struggle on the margins of democracy.

“During Women’s History Month it is not enough to reflect on the history of the women’s movement,’’ said Mary Dillard, Director of the College’s Graduate Program in Women’s History. “We need to examine the current political, cultural, and social changes that jeopardize the progress of women around the globe. Sarah Lawrence’s conference will examine the history of democracy and the interplay between citizenship, race, gender, sexuality, and inequality.”

In addition to keynote speaker, LuzHilda Campos, a DACA recipient and director of United We Dream’s Defense Team, the conference will include breakout sessions led by noted authors and academics from national and international educational institutions including Berkeley, Yale, and New York University. The program will be opened by Dillard and Sarah Lawrence College President Cristle Collins Judd.

Growing up, LuzHilda’s status was never a secret, although she never understood what it really meant. Her parents spoke about limitations, but she hadn’t experienced any yet. She was in school and was learning just as much as everyone else. She picked up English rather quickly — everything seemed normal, until her family was separated by a border and a checkpoint.

Her older brother, a survivor of police brutality, decided to return to Mexico because he and their family feared for his life. Their goodbye was filled with pain, understanding that because of the family’s different immigration statuses, seeing him again was uncertain. Later came the deportation of her uncle. LuzHilda’s family did not understand or know that anything could be done to stop this deportation.

When a group of students at Santa Fe Community College gathered to organize, LuzHilda joined the group and made a decision to speak out on the injustices her family had experienced. The Santa Fe team expanded and became a statewide network. In 2012, they celebrated the announcement of the Deferred Action For Childhood Arrivals (DACA) program.

For LuzHilda, holding the DACA work permit in her hands is a constant reminder of the power the immigrant community has when they come together. At United We Dream, the Deportation Defense team has grown under LuzHilda’s leadership, including adding a hotline that aims to prevent and stop deportations at the individual, local, state, and national levels. They also train and educate communities and families just like LuzHilda’s to make sure they understand their rights and keep their loved ones together.

The conference will also feature:

See the full schedule of events.

*There are several hotels near the Sarah Lawrence College campus. A free shuttle will pick up passengers from the Hyatt Place at the Cross County Mall, the Hampton Inn & Suites on Tuckahoe Road, and the Bronxville train station. The shuttle will run on Friday from 4 p.m. to 11 p.m. and Saturday from 7:30 a.m. to 6 p.m.

Founded in 1926, Sarah Lawrence College is a prestigious, coeducational liberal arts college. Consistently ranked among the leading liberal arts colleges in the country, Sarah Lawrence is known for its pioneering approach to education, for its long history of impassioned, intellectual engagement, and for its vibrant, successful alumni. For more information, please visit www.sarahlawrence.edu.