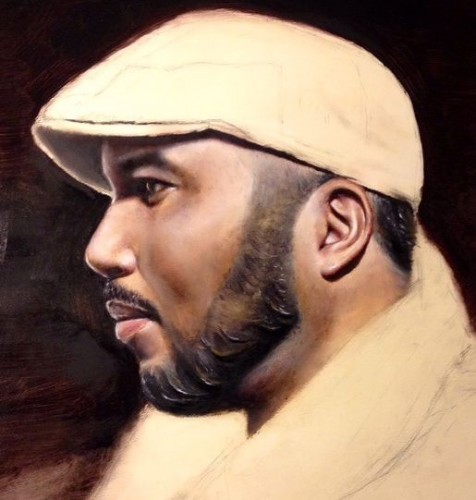 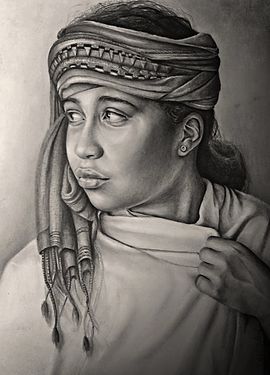 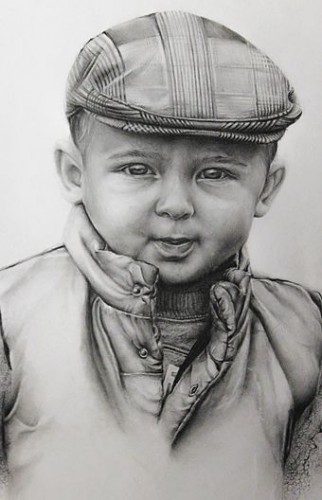 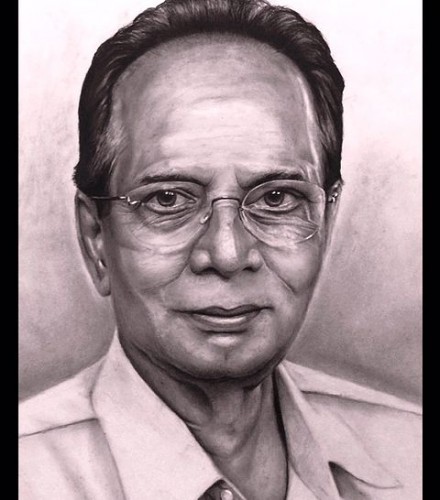 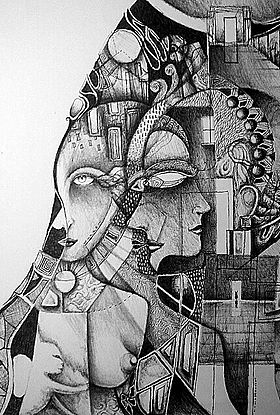 The beauty of life is learning from others and apply it to yourself.

Warren Caughman grew up in Queensbridge houses in Long Island City with a father who was a musician and a mother who is a painter, his artistic influence came from both of his parents. His childhood was spent by the water front in Long Island city while observing his mother paint cityscapes. While most children played in the park at the age of six, Warren played with his twin brother at the Metropolitan museum, running through the corridors’ as finding fascination in the Greek and Egyptian wings of the museum. Warren came across oil paintings of The “Old Masters” such as, William Bouguereau, Rembrandt, Caravaggio and Vermeer.

In the early stages, Warren developed an obscure technique utilizing a black ink ballpoint pen and creating freehand but symmetrical masterpieces. Warren artistry was set off from his imagination and subconscious expression. He began to experiment with a drawing technique that was unique using pencil and charcoal as his primary medium. This technique was detected as a skill that developed the reputation of his intricate style.

Warren’s passion grew deeper where he started self-teaching and experimenting with multitude of alternative drawing techniques that led him to realistic portraiture. Shortly after, he initiated working as a freelance with a growing business in portraits where he quickly advanced into oil paintings and other mediums. After Art and Design high school, Warren began to travel abroad such as, Eastern Europe, Germany, Czech Republic and Switzerland where he took the time to discover different areas of life as a whole.

Warren has been commissioned by doctors, lawyers and executives, in addition, he has donated a few of his work. In 2013, Warren was requested to do a joined group exhibition where he sold his first self-portrait to Bill Aguado, former Executive Director of Bronx Council on the Arts. Furthermore, you can find a few of Warren’s art work can be found in business establishments such as, The Masalawala and Mr. Tod’s Pie Factory in New York City. He is currently working on a few projects such as, “Talia” and “Jasmin’s Hope”.

Warren continues to strive for perfection, he is currently attending The Art Students League of New York to advance himself. Working with nude models to study the human form and figurative compsitio ranging from realist to other mediums. Warren Caughman’s work can be seeing at Akorian.com.