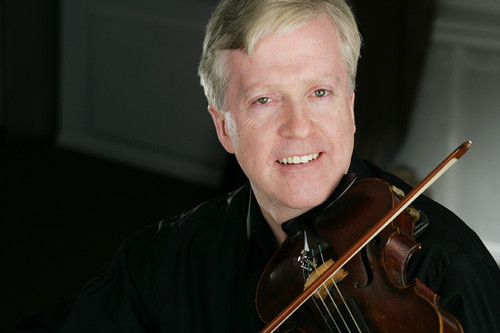 New York born fiddler Brian Conway is a leading exponent of the tastefully ornamented Sligo fiddling style made famous by the late Michael Coleman. The winner of two All- Ireland junior titles in 1973 and 1974 and the All-Ireland senior championship of 1986, Brian's early studies were with his father Jim of Plumbridge County Tyrone and with Limerick born fiddler/teacher Martin Mulvihill. However, it was the legendary fiddler and composer Martin Wynne who taught him the real secrets of the County Sligo style. Later, Brian met and befriended the great Andy McGann of New York a direct student of Michael Coleman, who further shaped his precision and skill on the instrument.

In 1979, Brian recorded a duet album, The Apple In Winter (Green Linnet) with fellow New York fiddler Tony Demarco. He released his debut solo CD, First through the Gate, on the Smithsonian-Folkways label in July 2002. This CD was voted the prestigious Album of the Year by the Irish Echo. Brian is also featured on the CD, My Love is in America, recorded at the Boston College Irish Fiddle Festival, and on the documentary "Shore to Shore" which highlights traditional Irish music in New York. He is considered one of the musical rocks of the New York area.

Brian remains faithful to the rich tradition handed down to him. The distinctness of his tone, the lift of his playing, and the deft ornamentation he brings to the tunes have placed him among the finest Irish fiddlers of any style, Sligo or otherwise. He has performed all over North America from San Francisco to New York and places in between such as Chicago, Milwaukee and Colorado. His talents have also been enthusiastically received throughout Ireland and the rest of Europe. His current CD, First through the Gate, exemplifies the versatility that characterizes his concert performances and festival appearances. He is also a noted instructor who has mentored many fine fiddle players, including several who have gone on to win All-Ireland championships.

In 2007, Brian released a CD titled A Tribute to Andy McGann on the prestigious Irish Label Cló Iar-Chonnachta. This CD pairs up Irish Music legends Joe Burke and Felix Dolan along with Brian in a CD which has received glowing accolades since it's release in the summer of 2007.

Brian followed this CD with a much anticipated new Solo CD titled "Consider the Source" in deference to the rich environment from which Brian learned his music. This CD was released in 2008 on the Cló Iar-Chonnachta Label. This CD features guest appearances by music greats Niamh Parsons, Dan Milner, Billy McComiskey, Joannie Madden, Felix Dolan, and Brendan Dolan. Earle Hitchner of the Irish Echo described this CD as "Easily one of the best releases this year".