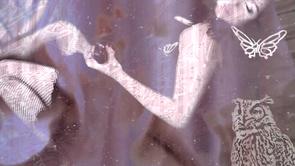 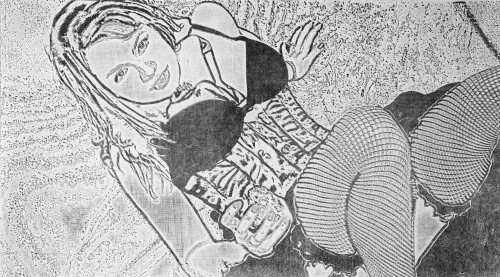 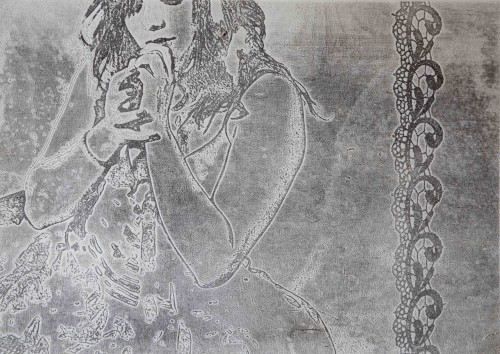 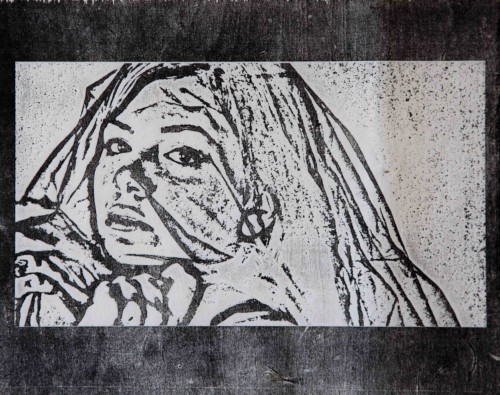 Rosemarie Fraioli was born and raised in New Rochelle, NY.  She received her BFA at Alfred University in May 2012.  She studied digital arts, glass, and ceramics at Alfred.  After her thesis exhibition, she group exhibited at the Lu Xun Academy of Art and Jillian Academy of Art in China.   Rosemarie Fraioli is an up and coming local artist.   Her work is created through multi-mediums and heavy processing.  Her most recent thesis work encompasses performance, video, and image gathering to create series of prints and video art. Her methodical process is a result of examining video footage to encapsulate moments in time.  Video allows the artist to capture movements and concise frames or stills.  The images captured are worked with to create finished pieces that capture an essence.  The video data is source material for various works such as laser cut prints, digital images, and woodblocks.   The recent Lilith Series are works exploring the story of Lilith.  The artist takes on the role as the controversial folklore, attempting to convey the symbolism and hidden meaning of ancient texts.  Lilith originated in various early Mesopotamian, Babylonian, and Jewish texts as an evil woman who is the seducer of men and kills infants and women in childbirth.  In Jewish folklore she is considered the first wife of Adam, equally created from dirt in the first Genesis creation story.  She is responsible for bringing evil into the world and causing chaos for the offspring of Adam and Eve. She transforms into screech owls and blue-butterfly like demons, drinking the blood from babes and produces Lilitu to destruct the world.