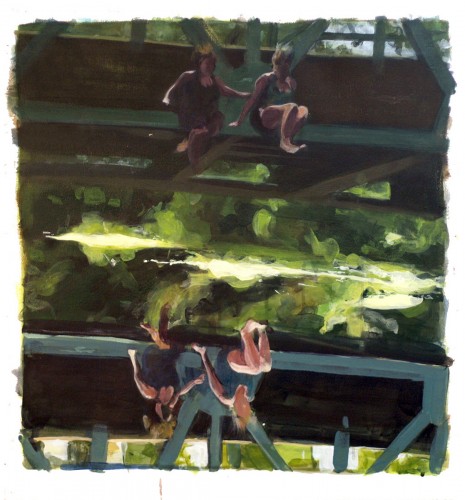 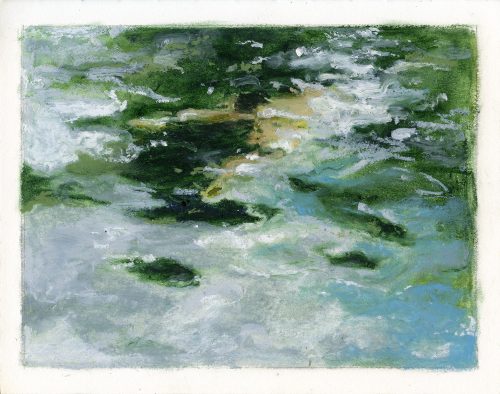 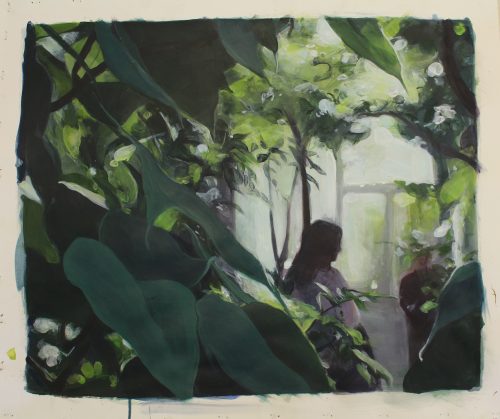 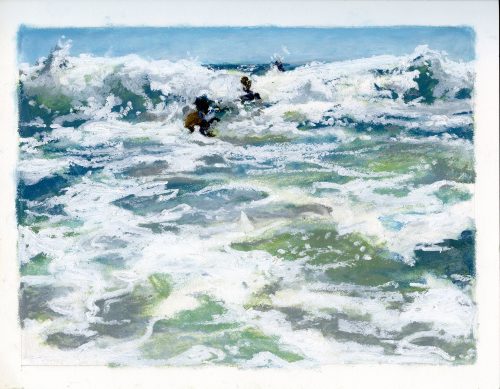 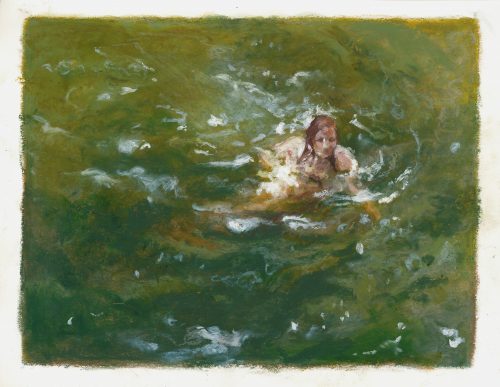 Reacting to the weight of memory my work observes the delicate relationship between figure and environment. By depicting moments of interaction or ignorance of the figure to its surroundings, I aim to bring to light our own complicated relationships with nature.

At times a work carefully and knowingly makes clear the boundaries felt between humankind and the natural realm as it crisply delineates the composition into two parts. Both the figure and a representation of nature – most often the cultivated trappings of an aquarium or garden – are contained in such a way as to question who may be truly caught and forced to bear the burden of isolation.

Other moments find the figure dwarfed and swallowed by its surroundings. In its immersion the idea of ‘personhood’ – of singularity – is less than possible. Edges defining ‘this’ and ‘that’ and ‘you’ and ‘me’ grow murky and wild, allowing the identities of figure and place to acquire the same significance.