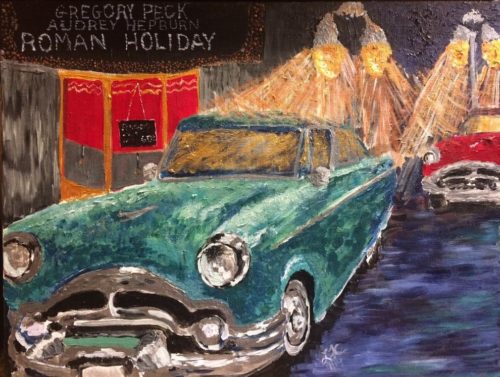 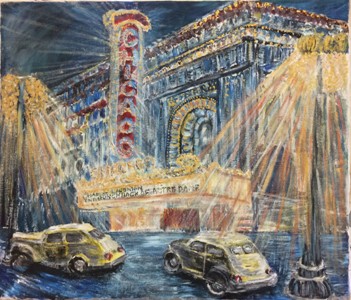 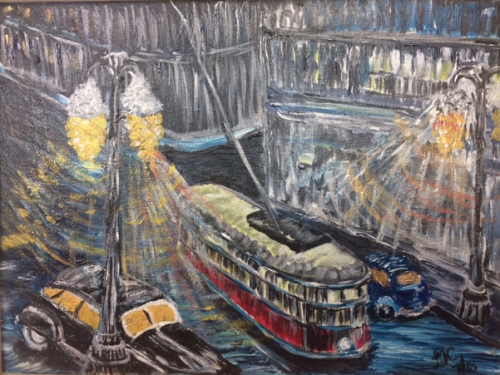 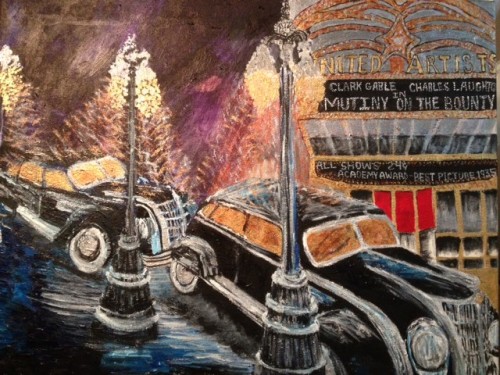 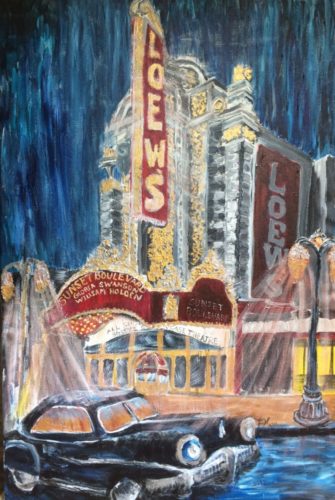 American Automobiles & Movie Theaters  -My paintings reflect cars and theaters of the 1920's through the 50's. Theaters that were the primary form of entertainment during the Great Depression and long after. The subjects of my study are automobiles and movie houses that were ornate and spectacular. American cars flourished during the early  part of the 20th century and were an integral part of the silver screen… Movie theaters were known as the most elaborate in the country-United Artists, The Hollywood, etc..   I make every effort to parlay the concept of automobiles and architecture.

Paintings are in private collections in New York,  Michigan. Connecticut,  and California.