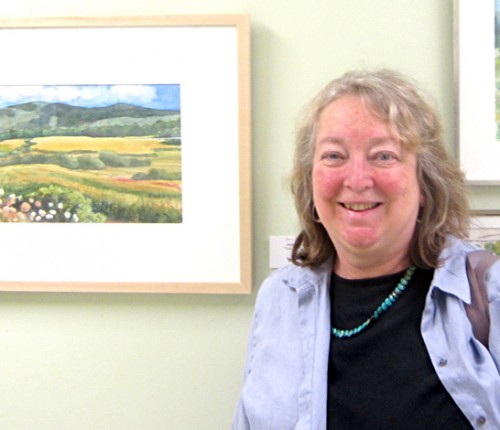 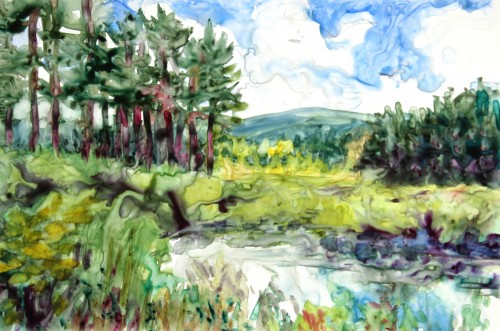 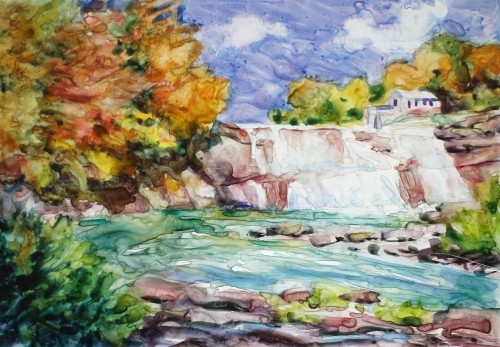 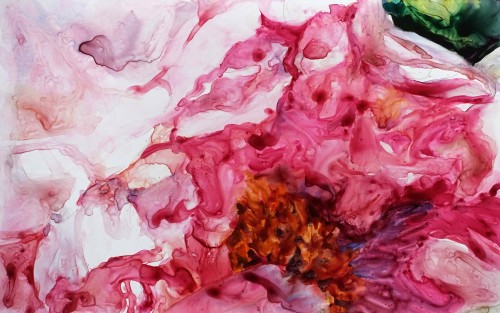 My work is representational—mostly expressionistic landscapes—usually of the land near my home in Sheffield, Mass., where springs are green and autumns considerably more interesting to a painter. My subjects are often particular to a place but redolent of lots of places, evoking, I hope, the Arcadian spirit of the New England countryside.

So far, I only paint with watercolors. The medium captured me from my first attempt, a small painting of an orange that was its eponymous color yet was many colors if you looked hard and long enough.

There I first glimpsed the ongoing struggle between a painting and the real world. Creating a painting makes you see beyond the symbolic or utilitarian views that get us through daily life. Looking long and hard can become a meditation on an object or a scene, and that’s one of painting’s pleasures.

I found that I love to push to the edge of abstraction, where image starts to dissolve into color and light. I like blurred edges, discovered shapes, and images that are suggestive, not descriptive. My work is more about form and color than it is about line. Playing with the color is another of the pleasures.

The famous difficulty of watercolors—the yearning of the paint to be free, so to speak—turns out to also be a pleasure, since it helps you accept the painting for what it is, not what it could be. The act of creation becomes a relationship, a mix of emotions, a roller coaster ride of expectation and dashed hopes, surprise and acceptance of surprise.

And when what you’ve created can be shared, when it makes people happy to look at it—that’s a great pleasure as well.

Andrea Scott is a painter working in watercolors who lives in New Rochelle, N.Y., and Sheffield, Mass. Her work has appeared in shows in New York, Connecticut, and Massachusetts, including at the Norman Rockwell Museum in Stockbridge. Many of those shows were judged by curators of major museums, such as the Sterling and Francine Clark Institute of Art, the Museum of Modern Art, and the Guggenheim. Her awards include the Marie Mathews Beran Award of the Greenwich Art Society in 2013 and first prize in the art shows associated with the Berkshires’ Housatonic River Summer in 2004.