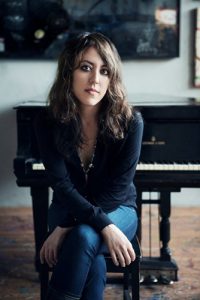 Admission to the recital is $18, $15 for seniors (65+) and free of charge to HBMS students and students 18 years of age and younger. Tickets are available for purchase at the door, or can be ordered by calling 914-723-1169 or e-mailing [email protected] Tickets to a series of three or ten recitals are available at a reduced rate.

About Tanya Bannister:
Lauded by The Washington Post for playing “. . . with intelligence, poetry and proportion,” pianist Tanya Bannister’s victories at the Concert Artists Guild Competition and the New Orleans International Piano Competition confirmed her status among the leading pianists of her generation. She has recorded on the Naxos, Albany, and CAG labels and has performed on many of the world’s great stages including Carnegie and Wigmore Halls, Concertgebouw, and the Kennedy Center.

Ms. Bannister’s debut recording, featuring three late piano sonatas of Muzio Clementi, was released in 2006 on the Naxos label. BBC Music Magazine declared, “Barenboim’s EMI Beethoven sonata cycle is readily brought to mind. Yet, although she possesses enviable articulate and accurate fingers, she is also sensitive to the music’s many lyrical asides.” Her latest recording for Albany Records, This is the story she began, features solo piano music of American composers David Del Tredici, Christopher Theofanidis, Suzanne Farrin and Sheila Silver; the New American Record Guide complemented her as “exceptionally talented . . . with a scintillating tone and subtle sense of chording.”

Born in Hong Kong, Ms. Bannister holds degrees from the Royal Academy of Music in London, Yale University, where she studied with Claude Frank, and New York’s Mannes School of Music, where she received an Artist Diploma as one of a handful of pianists selected to study with Richard Goode. She is the founder and co-artistic director of Alpenkammermusik Chamber Music Festival.

About the HB Artist Series:
Hoff-Barthelson Music School’s teaching faculty includes many preeminent performers who hold chairs in prominent New York orchestras, are members of world-class chamber ensembles, and are in international demand as solo artists. Our superb faculty has contributed to the Music School’s national recognition for unsurpassed leadership in music education and performance. Hoff-Barthelson is proud to present these distinguished performers on its annual HB Artists Series. Held in Scarsdale, these recitals guarantee riveting music making of the highest caliber, in an intimate setting, at prices far below those in New York’s major concert halls.