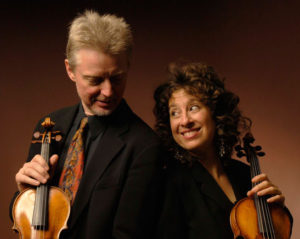 This autumn, the Ossining Public Library will be hosting a special Friday night concert series featuring three acclaimed classical performers. This concert series is close to the library’s heart, as it is dedicated to the late David Kornreich, a passionate supporter of the arts who was the driving force behind the library’s Camille Budarz Theater. Mr. Kornreich provided the library with tremendous support in the creation of the theater, to honor his late wife, renowned pianist Camille Antoinette Budarz, who performed at the library many times, including at its inaugural piano concert in 1981.

“Thanks to David Kornreich, the library’s beautiful theater has become a premiere performance space,” says Ossining Public Library director Karen LaRocca-Fels. “His support has helped bring hundreds of cultural and artistic programs to the Ossining community, and I am so pleased we’re able to honor his legacy with this concert series.”

The free concerts all begin at 7:00 p.m. and will be held in the library’s Budarz Theater. All are welcome to attend these special evenings of music and to help the library honor such a prominent supporter.