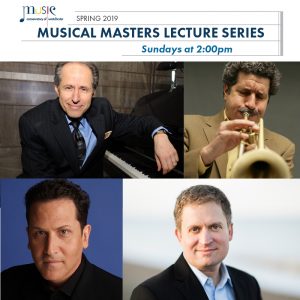 “The Conservatory is really thrilled to offer a different kind of musical opportunity – one that will provide interest and enjoyment for everyone, regardless of whether you’ve ever played an instrument,” Executive Director Jean Newton said. 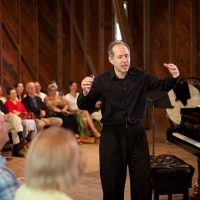 On Sunday, March 3rd at 2 PM, the first of the four lecture presentations, “The World of Chamber Music: Rational (and Irrational) Conversations,” will be led by Michael Boriskin, Artistic & Executive Director of Copland House. An internationally-acclaimed pianist and expert on chamber music, Boriskin will dive into the concept of this genre he describes as “rational people conversing.” He will share his take on the provocative, innovative, and intensely moving musical works written for small instrumental ensembles that inspire these dialogues. With live and recorded performances, his presentation will sample revered classics, lesser-known masterworks, intriguing rarities, and works mixing unusual instrumental combinations, as well as recent pieces that are new benchmarks for coming generations. In a musical adventure, the lecture will explore the span of nearly 250 years of chamber music compositions from Haydn, Beethoven, Brahms, Dvorak, Tchaikovsky, Copland, Messiaen, and much more, discussing the mastery within these conversations both rational and irrational.

Take a musical voyage on Sunday, March 31st to enjoy “Brazilian Jazz: From Samba to American Standards” presented by Artistic Director of Tarrytown’s Jazz Forum and Brazilian Jazz expert Mark Morganelli. Discover the cross-fertilization between Brazilian music, illustrating the genres of bossa nova, samba, and toada, and American Jazz influences, accompanied by Morganelli’s latest recorded work, Brasil! Lecture attendees will also be treated to a live musical performance by trumpeter/flugelhornist Morganelli demonstrating the unconventional, “new wave” rhythms that continue to move music lovers around the world. Compositions by Brazilian Jazz greats Antonio Carlos Jobim, Luiz Bonfa, Claudio Roditi, and Marcos Valle will be played and woven into the vibrant discussion. With more than 30 years of masterful experience with Brazilian Jazz bands, recordings, and performances with international jazz legends, Morganelli’s passion for this unique musical sound extends into this exclusive presentation.

Following those exhilarating experiences will be “Musical Storytelling: The Poetry behind Piano Masterpieces” with acclaimed concert pianist Andrew Armstrong on April 28th, and “Film Music: Groundbreaking Director/Composer Collaborations” with Peabody Award-winning Broadcaster & Producer and WQXR radio host Elliott Forrest on May 19th. Learn more about all four lecture series presentations at http://www.musicconservatory.org/musical-masters-lecture-series. These exclusive events are not to be missed!

All Musical Masters Lecture Series events will take place at the Music Conservatory of Westchester, 216 Central Avenue, White Plains, NY 10606. Tickets for individual lectures are $25 each, available for purchase online at http://www.musicconservatory.org/mcw-events.

About the Musical Masters:

Hailed by American Record Guide as “one of the most skilled and versatile musical figures of his generation,” internationally-acclaimed pianist Michael Boriskin has taken listeners in over 30 countries on provocative journeys across four centuries of music. From Berlin to Buenos Aires and Toronto to Tokyo, he has appeared at stages, including the Kennedy Center, Carnegie Hall, Lincoln Center, Ravinia Festival, BBC in London, South West German Radio, Vienna’s Arnold Schoenberg Center, and Library of Congress. He has performed as soloist with leading orchestras here and abroad, and as guest artist with countless chamber ensembles, and has recorded extensively for SONY Classical, Naxos, New World, Bridge, and other American and European labels. He is a familiar presence on National Public Radio as a performer, commentator, and host. He also served as Music Director of Mikhail Baryshnikov’s fabled White Oak Dance Project, and has been a program advisor for the New York Philharmonic, Carnegie Hall, U.S. Department of State, and many other preeminent institutions. He is the longtime Artistic and Executive Director of Copland House, the award-winning creative center for American music based at Aaron Copland’s National Historic Landmark home in northern Westchester. 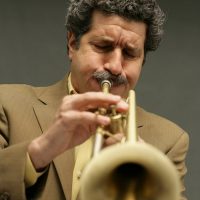 Trumpeter/Flugelhornist Mark Morganelli began presenting concerts in his first Jazz Forum loft at 50 Cooper Square in June 1979. The second Jazz Forum loft closed its doors in April 1983 with recordings, videos, films and radio broadcasts of documented performances by Dizzy Gillespie, Art Blakey, Wynton Marsalis, Woody Shaw, Red Rodney, Carmen McRae, Barry Harris, Philly Joe Jones and Max Roach. After residencies at the Village Gate and Entermedia Theater, thirty-four years ago, Morganelli established Jazz Forum Arts, a not-for-profit arts presenting organization, and in 1985 started the Riverside Park Arts Festival, which concluded on its 13th anniversary in August 1997. He has produced over sixty CDs, most for Candid Records, twenty of which were recorded “Live” at NYC’s Birdland club, where he was the music coordinator for five years. He inaugurated the Jazz at the Music Hall series in Tarrytown and performed at the 1976 Montreux Jazz Festival, the 1992 & 1994 Syracuse Jazz Festivals, the Du Maurier Downtown Toronto Jazz Festival, JVC/NY and Saratoga Jazz Festivals, the White Plains Jazz Fest, several tours of Italy, many concerts and festivals around Europe, Japan, Brazil and the Caribbean, and hosted nightly jam sessions aboard the QE2 to the Newport Jazz Festival from 1996-99. He continues to perform with his Jazz Forum All-Stars and Brazil project around the region and recently released “Brasil!” a Double-CD and his fifth recording as leader. He and his wife, Ellen Prior opened their new Jazz Forum club in Tarrytown, NY in June 2017, presenting Jazz and Brazilian music every weekend.

Praised by critics for his passionate expression and dazzling technique, pianist Andrew Armstrong has delighted audiences across Asia, Europe, Latin America, Canada, and the United States, including performances at many of the world’s great halls. Andrew’s orchestral engagements across the globe have seen him perform a sprawling repertoire of more than 50 concertos with orchestra. He has performed with such conductors as Peter Oundjian, Itzhak Perlman, Günther Herbig, Stefan Sanderling, Jean-Marie Zeitouni, and Stanislaw Skrowaczewski, and has appeared in solo recitals in chamber music concerts with the Elias, Alexander, American, and Manhattan String Quartets, and also as a member of the Caramoor Virtuosi, Boston Chamber Music Society, Seattle Chamber Music Society,  and the Jupiter Symphony Chamber Players. 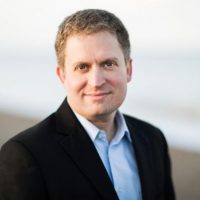 Beginning in 2018, Andrew became Artistic Director of the Chamber Music on Main series at the Columbia Museum of Art in South Carolina.  That same year, he also was appointed Director of the Green Lake Festival of Music’s Chamber Music Camp in Ripon, Wisconsin. He has released several award-winning recordings with his longtime recital partner James Ehnes — most recently Beethoven’s Sonatas Nos. 6 & 9, to stellar reviews, Gramophone’s Editor’s Choice, and Sunday Times’ Disc of the Week.  In the 2019-20 and ‘20-21 Seasons, the duo celebrates the 250th Birthday of Beethoven by recording the master’s complete ten Violin Sonatas as well as performing the cycle in major cities around the world.

Andrew is devoted to outreach programs and playing for children. In addition to his many concerts, his performances are heard regularly on National Public Radio and WQXR, New York City’s premier classical music station. 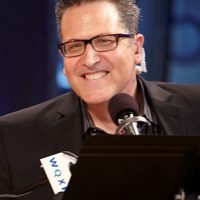 Elliott Forrest is a Peabody Award-winning broadcaster, director and producer. He is the Director of the PBS TV Special: CONSIDERING MATTHEW SHEPARD and Co-Director of the live tour. Elliott is the afternoon host on New York’s Classical Radio Station 105.9FM, WQXR, host of the radio concerts of The Chamber Music Society of Lincoln Center, and has hosted more than 60 concerts on-stage at Carnegie Hall. He regularly produces/directs and designs symphony concerts around the country: Gutterdämmerung for LA Philharmonic, Babar The NY Philharmonic, Tribute to NASA for Houston Symphony, Symphonic Sports-tacular and Spectacular for the Philadelphia Orchestra, Symphonic Spectacular for Atlanta Symphony, MLK Tribute/Appalachian Spring for the New Haven Symphony, Symphonic Spectacular for the Pasadena Pops and multiple concerts for the Little Orchestra Society in venues including the Hollywood Bowl, Lincoln Center, Philadelphia’s Mann Center. He is the Executive Artistic Director or ArtsRock.org of Rockland County, NY, bringing professional concerts and conversations to the community. Orchestra narrator: Saint-Saens’ Carnival of the Animals, Peter and the Wolf, Stravinsky’s Soldier’s Tale and Britten’s Young Person’s Guide. For 12 years he was on A&E Television as host of Breakfast with the Arts. He appeared on the original GONG SHOW on NBC with Chuck Barris. BA in Theater from the University of Texas, Austin.  www.ElliottForrest.com

The Music Conservatory of Westchester was founded in 1929 by a group of community members and renowned artists. Today, the Conservatory provides the extraordinary benefits of music to all in our community, from absolute beginners to advanced artists, with one-on-one instruction, performing ensembles, theory, composition, early childhood classes, lifelong learning for adults, and free community performances, serving 2,800 students each year from 4 months to over 80 years old. As a not-for-profit organization, the Conservatory is dedicated to serving the community and reaching out to those who would not otherwise have access. Our Scholarship Program provides tuition assistance for financially deserving students. The Music Therapy Institute brings music into the lives of 2,000 children and adults with disabilities each year through on-site and outreach programs. Healing Our Heroes offers military veterans a specialized music therapy program to help with recovery after their service. The Conservatory has inspired generations of students, and contributed to a vibrant musical life in the county, the region, and beyond. www.musicconservatory.org

For more information about the Musical Masters Lecture Series and the Music Conservatory of Westchester, please contact Adriana Rivera, Communications and Development Assistant, at [email protected] or 914-761-3900 x135.