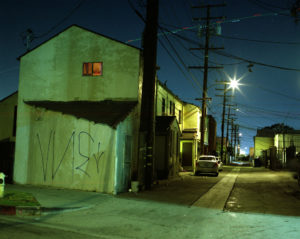 Pleasantville, NY, June 24, 2019 – The Gordon Parks Foundation will present and collaborate on a range of exhibitions and public programs across the country during the remainder of 2019. The Foundation’s year-round and wide-ranging programming reflects its commitment to supporting and producing artistic and educational initiatives that advance the legacy and vision of Gordon Parks. Parks is recognized as the most significant photographer of the 20th century, as well as a writer, musician, and filmmaker.

Featuring significant works by Parks and providing insight on his practice, the 2019 summer and fall exhibitions include the critically recognized Gordon Parks: The New Tide, Early Work 1940-50, co-organized by the National Gallery of Art, Washington, in collaboration with The Gordon Parks Foundation. The exhibition will open at the Amon Carter Museum of American Art in Fort Worth this August, following its debut at the National Gallery of Art in Washington, D.C. in 2018, and the recent presentation at the Cleveland Museum of Art in Cleveland, Ohio. The J. Paul Getty Museum, in collaboration with The Foundation, will present The Flávio Story, on July 9, which offers an in-depth survey of one of Parks’ most important photo assignments for LIFE magazine. At the Foundation’s exhibition space in Pleasantville, New York, The Gordon Parks Foundation 2019 Fellows, Guadalupe Rosales and Hank Willis Thomas, will each present solo exhibitions that reflect the resonance of their practices with Parks’ own work and legacy.

“The Foundation co-organizes exhibitions, publications and other educational programs year-round to contribute to the study and understanding of Gordon Parks’ legacy,” Peter W. Kunhardt, Jr., Executive Director of The Gordon Parks Foundation. “We are pleased to see Gordon Parks: The New Tide, Early Work 1940-50 continue on its tour and to have the J. Paul Getty Museum open The Flávio Story on the west coast. Many of the works in these shows are from the Foundation’s archive and private collections and are being exhibited for the first time.”
Upcoming exhibitions and programs presented or co-organized by The Gordon Parks Foundation follow below:

Must’ve been a wake-dream: Guadalupe Rosales
The Gordon Parks Foundation, Pleasantville, New York
September 6 through October 18, 2019
Must’ve been a wake-dream is a celebration of Rosales’ work as a 2019 Gordon Parks Foundation Fellowship recipient, which includes collaborations with Latinx and LGBTQ communities to examine the interplay between photography and community. Through her careful collecting, preservation and
presentation of vernacular photographs, letters, party flyers and ephemera representing Latinx Southern California youth culture, Rosales creates an expanding archive that brings visibility to a community that has been overlooked, misrepresented and criminalized. Also on view during Must’ve been a wake-dream will be a group of Gordon Parks’ photographs, selected by Rosales, from Parks’ celebrated “Harlem Gang Leader” series, made as the first African-American photographer for LIFE magazine in 1948.

Hank Willis Thomas: Exodusters
The Gordon Parks Foundation, Pleasantville, New York
October 25 through December 20, 2019
Hank Willis Thomas has an ongoing vested interest in photography as a documentation of history and a universal means for people to represent their stories. Exodusters examines the representation and depiction of history, particularly during a significant moment in the pursuit for freedom and liberty during the Great Depression in Dust Bowl America. Thomas draws upon the archive of Gordon Parks’ seminal and semi-autobiographical film The Learning Tree (1969) that depicts the fictional Cherokee Flats, which is based off of Parks’ hometown in Fort Scott, Kansas, where he returned to produce the movie.

On assignment to document poverty in Brazil for LIFE magazine, American photographer Gordon Parks encountered one of the most important subjects of his career: Flávio da Silva. Parks featured the resourceful, ailing boy, who lived with his family in one of Rio’s working-class neighborhoods known as favelas, in the heart-rending 1961 photo essay “Freedom’s Fearful Foe: Poverty.” It resulted in donations from LIFE readers but sparked controversy in Brazil. This exhibition explores the celebrated photo essay, tracing the extraordinary chain of events it triggered and Parks’ representation of Flávio over several decades.

Contact High: A Visual History of Hip-Hop
The Annenberg Space for Photography, Los Angeles, CA
On view through August 18, 2019
Celebrating the photographers who have played a critical role in bringing hip-hop’s visual culture to the global stage, CONTACT HIGH: A Visual History of Hip-Hop is an inside look at the work of hip-hop photographers, as told through their most intimate diaries: their unedited contact sheets. CONTACT HIGH was created in partnership with United Photo Industries.

Jamel Shabazz: Honor and Dignity
The Gordon Parks Foundation, Pleasantville, NY
On view through August 23, 2019
For the past forty years, Jamel Shabazz has documented the cultural vibrancy of the city’s black and brown communities. This exhibition offers a concise view of Shabazz’s wide-ranging work, from photographs of musicians and teenagers radiating with hip-hop style to members of the military and participants in religious and political gatherings. Jamel Shabazz: Honor and Dignity is organized by The Gordon Parks Foundation.