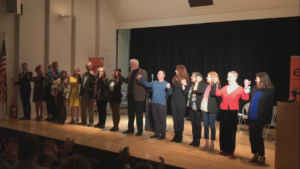 Julie Stonberg is a clinical social worker and a former journalist and editor. She lives in suburban New York with her husband of twenty-five years and is a mom of two teenagers, one young adult, and an elderly Golden Retriever.