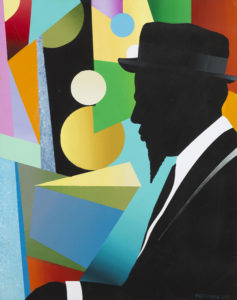 In The Pocket: Images Of and Through Jazz will feature multiple mediums exploring the musician, the music, and the form of Jazz itself. Through paintings, photographs, recordings, and more the exhibit will celebrate this uniquely American musical form.

Following the reception (Friday, September 27, 8:00 PM) there will be a performance by John Fumasoli & The Jones Factor featuring John Tropea.

The Jones Factor is a 10-piece funk, fusion, jazz ensemble whose players come from diverse musical backgrounds and have played with such greats as Frank Sinatra, Elton John, Diana Ross, and The Village Vanguard Orchestra.

Featured performer, John Tropea, is one of the most admired and highly regarded guitar players of his generation. He has collaborated with such legendary figures as Eric Clapton, Paul Simon, Dr. John, and The Blues Brothers.

Tickets for the concert are $35 in advance or $40 at the door. Members of The Rye Arts Center receive a $5 discount. Space is limited.