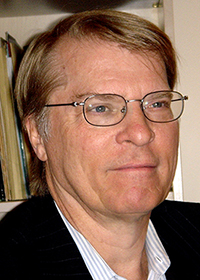 Memorial concert to be held on Sunday, October 9, 2016

It is with deep sadness that Hoff-Barthelson Music School announces the death of faculty member Edmund Niemann. A supremely gifted musician, he will be sorely missed by the students whose lives he touched and by all who had the good fortune to have known him. Mr. Niemann joined the Hoff-Barthelson faculty in 1999. During his tenure with the School, he served as a member of the piano and advanced level musicianship faculties. An ardent advocate for the study and performance of contemporary music, Mr. Niemann was the coordinator of the School’s annual Music of Our Time contemporary music festival. He also created the School’s Performers Showcase.

A concert in his memory, featuring performances by the School’s faculty, students and alumni, will be held on Sunday, October 9, 2016, at 2:00 pm at Hoff-Barthelson Music School, 25 School Lane Scarsdale, NY. A reception will follow.

It is the wish of his family that gifts in memory of Edmund be made to Hoff-Barthelson in support of either its financial aid program or contemporary music programming and education. To make a donation, please visit http://hbms.org/honoring-edmund-niemann.php. This link may also be used to RSVP to attend the October 9th celebration.

Pianist Edmund Niemann was a member of Steve Reich and Musicians and a founding member of the contemporary ensemble Parnassus. He also appeared as guest artist with the New York New Music Ensemble, the Da Capo Players, Speculum Musicae, and Newband. The New York Times said of his solo debut, “throughout the evening his playing was technically dazzling, his musicality unquestionable.”

He and Nurit Tilles formed the piano duo, Double Edge, which made its New York debut at Town Hall in 1987. The duo performed throughout Europe, Australia and the U.S. In March 2008, Double Edge returned to Los Angeles to play Visions de l’Amen in a celebration of Messiaen’s centenary. Mr. Niemann held two degrees from the Manhattan School of Music. Niemann was also an adjunct professor at Princeton University.